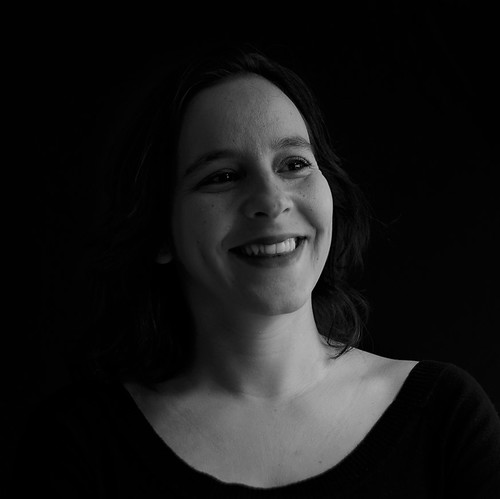 Children’s Magazines in Interwar France: Competition, Change and the Role of Comics

Through examining French children’s magazines of the interwar period (Fillette and Lisette for girls and Pierrot for boys my talk maps out the possibilities of the many overlooked connections between comics, other image-text combinations and children’s culture, especially the establishment of girl’s culture and boy’s culture and the rise of child consumers.
In selecting publications from the older, highly successful but much vilified Offenstadt press (Fillette) and the more ›respectable‹ Montsouris press that decided to branch out in the 1920s by catering to various members of the family, including children (Lisette and Pierrot), I will examine how the reputations of these presses are confirmed or, in some cases, contested by the magazine’s content. The focus on the interwar years offers a window into a moment of heady magazine activity and change. In addition to the success of magazines tailored to distinctive segments of readers, the advent of Mickey and other American comics in the 1930s confirmed the lasting influence of American popular entertainment on European productions.
In reading the three children’s magazines as snippets of lived, material realities tailored and filtered for children (without falling into the trap of considering them as direct mirrors of reality), my talk also proposes suggestions for reading magazines by interweaving insights from comics studies, children’s culture and periodical studies. If »magazines […] shaped modernity in deep yet still largely unexplored ways«, children’s magazines call for special and close attention through their catering to, and construction of, child readers. Further, the increasing space occupied by the image, especially in comics form, was a sign of the change brought about by modernity. Comics in magazines can therefore be seen as offering a way into understanding the inclinations and transformations of popular print culture.

Maaheen Ahmed is an associate professor of comparative literature at Ghent University and principal investigator of COMICS, a five-year multi-researcher project, funded by the European Research Council which seeks to piece together a cultural history of children in European comics.

Lajos Kossuth and News Transfer in the International Press System

Connected by telegraph wires, letters, railways, steamships, exchange networks, and extensive reprinting practices, newspapers by the mid-nineteenth century seemed to increasingly function as part of the infrastructure of globalization and/or as a distributed information network. Yet scholars of new imperial history have resisted presentist metaphors like »network,« preferring studies of the limiting conditions of the nineteenth-century press. For instance, Simon Potter proposes the concept of an »imperial press system« to better account for its asymmetrical coverage, hierarchies of power, and material infrastructure. This paper emerges from a larger project called Oceanic Exchanges that tries—through computational and comparative methods—to engage nineteenthcentury newspapers as an international system, while also elucidating the particular conditions and structures of power that governed it. This paper offers a glimpse of this »international press system,« as we might call it, in the case of the Hungarian revolutionary Lajos Kossuth (1802- 1894).
In December of 1851, Kossuth traveled through Europe to the United States on a publicity campaign to secure support for Hungarian independence. His voyage down the eastern seaboard, ultimately arriving in Washington, DC, was exhaustively covered by not only the American press but by an increasingly connected system of international newspapers. Newspapers stirred the crowds that flocked to his speeches, inspired far-flung editors to adapt Kossuth’s messages, and allowed Hungarian political operatives to discredit Kossuth and manipulate the news network itself. Kossuth judged his mission a failure (the US declined to get involved), but we suggest that the significance of his trip lies elsewhere. His case study offers an interesting view on the complexities of a globalizing information system, as news propagated through press connections, and different interpretations of the events competed with and complemented each other, locally, regionally, and internationally.

Jana Keck is a research fellow and coordinator of the research area “Digital History” at the German Historical Institute Washington DC (GHI).

Mila Oiva (PhD) is a Cultural Historian, digital humanist and an expert on Russian and Polish history. Dr. Oiva is currently working as a Senior Research Fellow at CUDAN ERA Chair for Cultural Data Analytics and School of Humanities, Tallinn University.

Across a period of at least three decades, volumes bearing the titles Girls on City Streets and Ladies of the Underworld appeared regularly as softcover books, typically the size of U.S. pulp magazines, or as special, dated issues of periodicals. The content of both of these volumes had its origin in attempts by North American publishers to capitalize on moral panics over prostitution and the »traffic in women.« These panics had been flamed in part by the League of Nations investigation of this traffic in the years 1924-26. Materials claiming to document the »traffic in women« were repackaged endlessly over three decades, in mail-order books or as the content of true crime or exposé magazines.
My paper will study the movement of these materials from the U.S. into the output of Canadian publishers in the 1940s, when war-time restrictions on the exportation of Canadian currency resulted in a ban on the direct importation of certain U.S. periodicals, such as true crime magazines, pulps and comic books, into Canada. A number of Canadian publishers emerged, during this period, many of them repackaging U.S. materials in new formats which often confounded the distinct temporalities of book and magazine.
My paper will examine the cross-border passage into Canada of materials exploiting ongoing controversy over the »traffic in women.« Two sorts of traffic will be examined here. One is the »localization« of materials for publication in Canada: materials (typically, narratives of exploitation) were often altered to give them Canadian connections. A second form of traffic is that between the softcover book and periodical. In the endless repackaging of these materials, we find periodical numbers disguised for extended sales periods as books, just as the content of U.S. books was used to fill entire issues of periodicals produced in Canada.

Will Straw is James McGill Professor of Urban Media Studies at McGill University in Montreal, where he teaches within the Department of Art History and Communications Studies.