Jana Keck is a research fellow and coordinator of the research area »Digital History« at the German Historical Institute Washington DC (GHI). Before joining the GHI in 2020, she was working in the DFG-funded research project »Oceanic Exchanges: Tracing Global Information Networks in Historical Newspaper Repositories, 1840-1914« which boasted a research team of scholars from seven countries in Europe and the Americas to examine transnational and transcontinental news circulation in C19 newspapers. In her PhD-project »Text Mining America’s German-Language Newspapers, 1830-1914: Processing Ger(wo)manness,« she investigates viral phenomena to study the construction and preservation of a German community across states and decades. 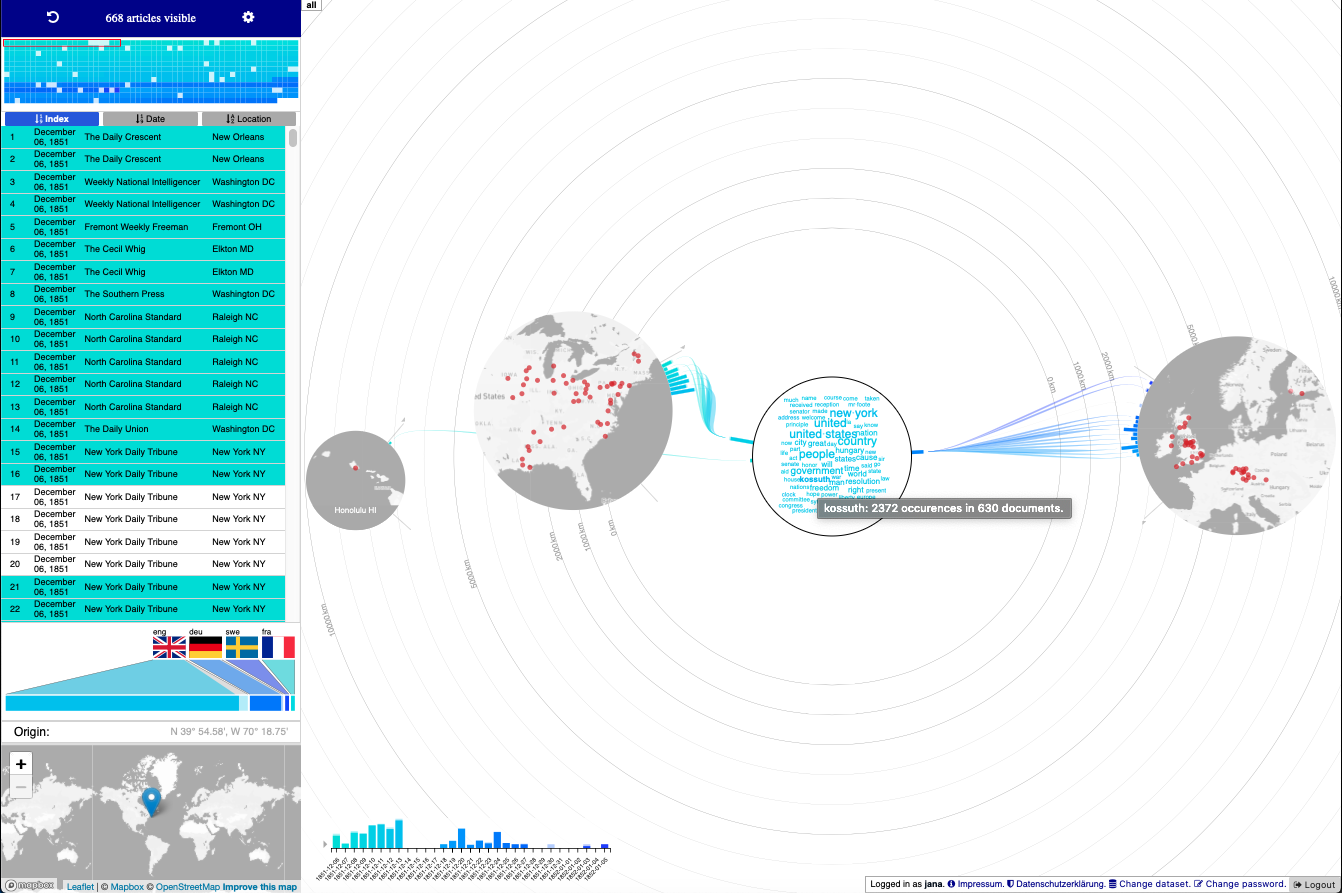 Connected by telegraph wires, letters, railways, steamships, exchange networks, and extensive reprinting practices, newspapers by the mid-nineteenth century seemed to increasingly function as part of the infrastructure of globalization and/or as a distributed information network. Yet scholars of new imperial history have resisted presentist metaphors like »network,« preferring studies of the limiting conditions of the nineteenth-century press. For instance, Simon Potter proposes the concept of an »imperial press system« to better account for its asymmetrical coverage, hierarchies of power, and material infrastructure. This paper emerges from a larger project called Oceanic Exchanges that tries—through computational and comparative methods—to engage nineteenth-century newspapers as an international system, while also elucidating the particular conditions and structures of power that governed it. This paper offers a glimpse of this »international press system,« as we might call it, in the case of the Hungarian revolutionary Lajos Kossuth (1802-1894).

In December of 1851, Kossuth traveled through Europe to the United States on a publicity campaign to secure support for Hungarian independence. His voyage down the eastern seaboard, ultimately arriving in Washington, DC, was exhaustively covered by not only the American press but by an increasingly connected system of international newspapers. Newspapers stirred the crowds that flocked to his speeches, inspired far-flung editors to adapt Kossuth’s messages, and allowed Hungarian political operatives to discredit Kossuth and manipulate the news network itself. Kossuth judged his mission a failure (the US declined to get involved), but we suggest that the significance of his trip lies elsewhere. His case study offers an interesting view on the complexities of a globalizing information system, as news propagated through press connections, and different interpretations of the events competed with and complemented each other, locally, regionally, and internationally.