Space, Time, and Translation in Magazines outside the Mainstream Press, 1910s to the Present 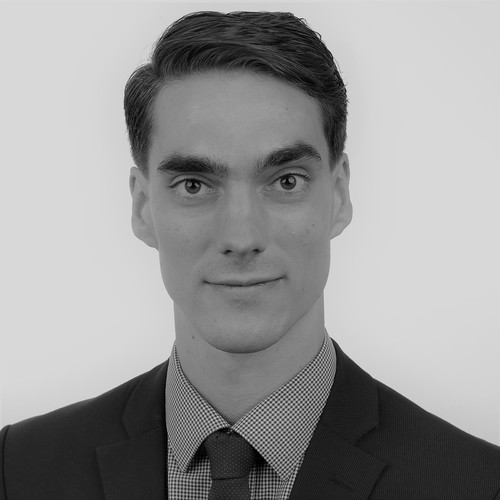 Against the Grain: The Refusal to Translate, Foreign-Language Use, and Aesthetic Distance in Modernist Little Magazines

The beginning of the twentieth century saw the foundation of literary and cultural magazines which not only sought to foster new types of writing and thus to innovate content, but which in themselves were novel artefacts, challenging received notions of the publishing genre ‘periodical’ with regard to design, material quality, business model, and social function. Often subsumed under the heading ‘little magazines’ and thus contrasted with the financially successful wide-circulation periodicals of the time, these publications have long been acknowledged as important institutions for the development of modernism. While cross-border activities of periodical actors have increasingly come into focus in recent years, foreign language use and its functions in and for the press have hardly been investigated. Relying on an interdisciplinary approach to periodicals, which is informed by ideas developed in cultural studies, sociology, and translation studies, I intend to show that the use of French and German in modernist American magazines was closely associated with aesthetic disruption, highlighting the role of linguistic and cultural translations in forging a marketable editorial identity. The Little Review, for instance, used foreign-language contributions to set itself apart from conventional poetical discourses and to pave the way for new modes of writing. But language-based opposition of modernist American little magazines was not only directed against the so-called mass media or more traditional journals and their styles of writing; it also helped periodicals to carve out and sustain an international audience in the global press market, thus illustrating their potential for community building and networking across borders.

Jutta Ernst, Professor of American Studies at Mainz University, Germany, is particularly interested in the intersections of Periodical Studies and Translation Studies, focusing in her research on the mobility of authors, editors, media, texts, and ideas as well as on the shifts in language, style, and format that go along with these transcultural dynamics.

In Britain, independent magazines, like OOMK, gal-dem, Burnt Roti, or Plantain Papers,  published by Black, Asian, and minority ethnic (BAME) editors, have become increasingly visible in the scene’s online distribution outlets and offline fairs and events. Often originating as online platforms, their editors leverage the authority and aesthetic qualities of print to represent the ›in-between‹ identities and remixed life(styles) of diasporic communities. ›Diaspora‹ implies a complex relationship with space and time as well as their conflation in the ›imaginary homeland,‹ defined by the interweaving of memory, nostalgia, and participation in a transnational mediascape. My paper will focus on Burnt Roti, a magazine addressing British South Asian women. The magazine’s founder and editor, Sharan Dhaliwal, also initiated the web magazine Burnt Roti and has commented on the relationship between the two, »Print publishing means that we’re not just posting articles that get lost in the ether of the internet. We’re shoving our faces in everyone else’s and saying: ›We exist‹« (»Zine Queens,« 2017). My paper considers the visual and textual strategies used to articulate the temporal and spatial conditions of second, and third generation diaspora identities in Britain as they are rendered on the magazine page. I will consider these magazines as a sub-stream within the current indie boom and explore how their choice and combination of design, typography, themes, and voice cohere to form specific micro-publics.

Sabina Fazli is a postdoctoral researcher and lecturer at Göttingen University (Anglophone Literature and Culture) and Mainz University (American Studies), and she is affiliated with the Transnational Periodical Cultures research initiative at Mainz.

Indie Mags in the Digital Era: The Politics and Geographies of Environmental and Technological Change in Avant-Garde Magazines

In the context of a floundering mass-market of magazines, the indie press stands for a print revival in recent years. Despite its limited lifespan and precarious living conditions, independent magazine publishing pushes the boundaries of content, form, and design. Independent magazines do not focus on mass marketing, but highlight innovation, unorthodox thinking, and a reader-first mentality. They give space to different perspectives, diverse cultural knowledge, and make legible marginalized voices. Given their fresh approaches in diagnosing the societal, material, and technological transformations of hypermodern societies, my paper argues that indie mags are of vital political significance and indispensable for understanding innovation in print, in a world increasingly shaped by technological change and its algorithmic logic. Among the diverse indie publication projects that have been launched over the past years, the paper discusses independent magazines dedicated to raising awareness of technological progress and the geographies of environmental degradation. It focuses on collaborative magazine projects that explore the relationship between art, technology, and the environment in the form of a printed publication (e.g. NXS from Amsterdam and the London-based magazine It’s Freezing in LA). My paper analyzes how avant-garde magazines create a distinguished style and aesthetic space of cultural politics and audience participation. The paper examines how these magazines build a distinct visual identity and, in doing so, target specific communities of taste publicizing stories about groups of people and their state of the world.

Oliver Scheiding is professor of North American Literature and Culture in the Obama Institute for Transnational American Studies at the University of Mainz, Germany.