Panel 9
Chair of the Plenary Panel

Frank Newton is a research associate at the Obama Institute for Transnational American Studies at Johannes Gutenberg-Universität Mainz, Germany. He received his M.Ed. in 2017 and spent the academic year 2017/18 teaching as a visiting professor at UC Davis, USA. After coming back to Germany, he began work on his dissertation on Native American periodicals from 1890 to 1930. In 2020, the DFG approved funding for a three year project »Periodicals and Indigenous Modernity: Building a Text Corpus of American Indian Magazines, 1890-1930,« conducted by Prof. Dr. Oliver Scheiding and Frank Newton. 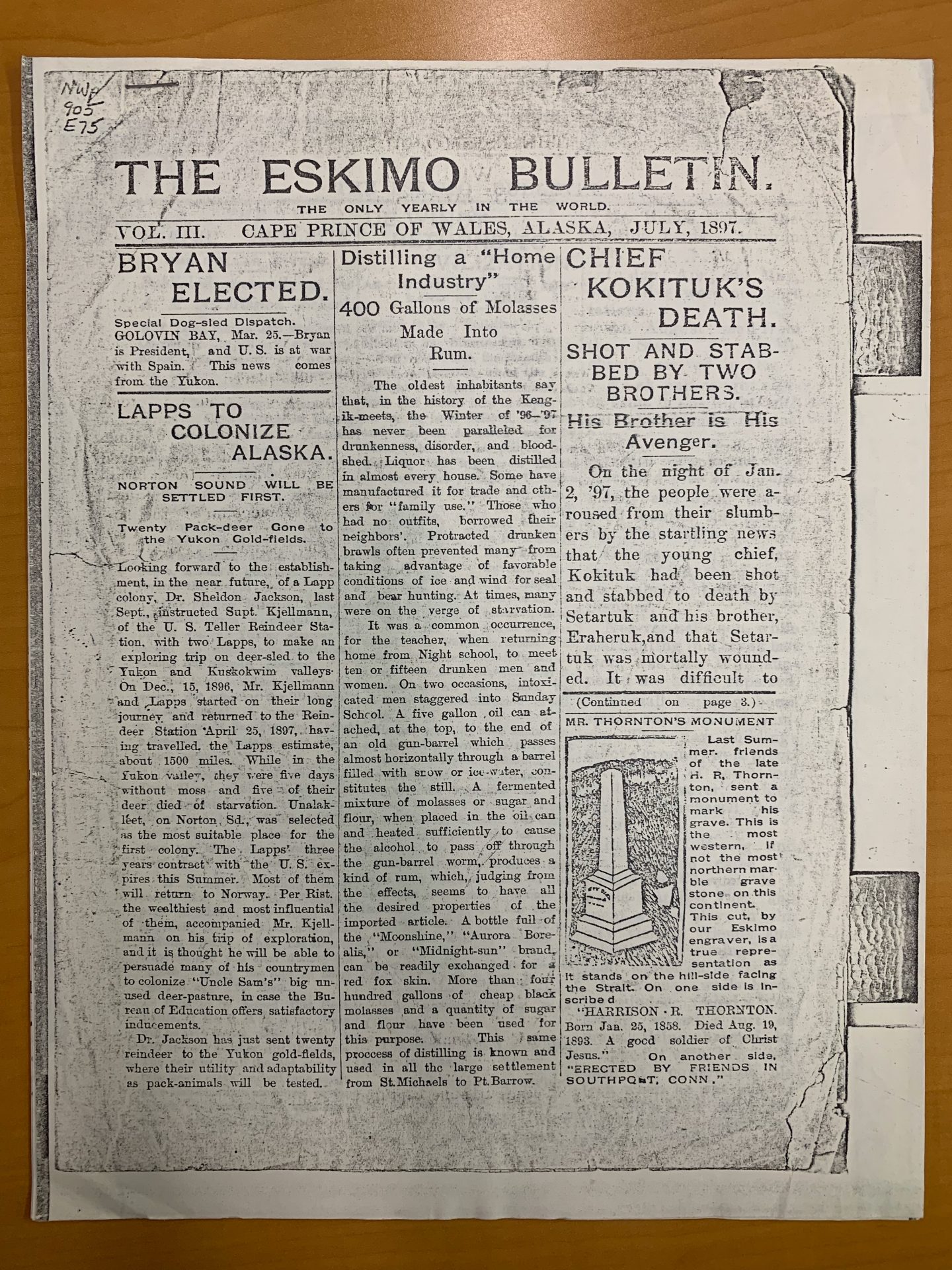 This paper asks how The Eskimo Bulletin (1893-1902(?)), a missionary periodical on life with the indigenous population in northwestern Alaska, can be viewed as a hybrid along the lines of a) orality, writing, and print; b) community building; and c) the ambiguous relationship of assimilation and self-empowerment. Being published once a year in a comparatively remote part of Northern America, the Eskimo Bulletin gives an important insight into its production, distribution, and reception within its community. Its publication reflects the Alaskan community’s ongoing transformation. As such, the paper highlights indigenous agency as a determining factor of everyday life in settler communities. It will argue that the periodical acts as an interface, which is most clearly expressed in the papers transition from the written to the printed word. On a more subtle level, then, The Eskimo Bulletin stresses the commonalities between the indigenous and settler communities, while simultaneously preserving, valuing and explaining the indigenous population’s way of life.

Advertizing itself as »the only yearly in the world«, The Eskimo Bulletin gives an insight into the settlers’ representations of life in Cape Prince of Wales, Alaska. As a handwritten periodical which in its later issues turned to print, it highlights the recognition value of a periodical’s design (masthead, columns, illustrations etc.). At the same time, its existence emphasizes the importance of serialized prints as means of community building—with or without a printing press (cf. Warrior 2005; Round 2010; Lyons 2017; Keldermann 2019). Writing and printing are two distinctly different practices, which nevertheless aim to articulate, convey, and spread information to a readership. The Eskimo Bulletin, as a missionary paper, brings together the wish to communicate, proselytize, and also inform its readers about indigenous life and hardship.