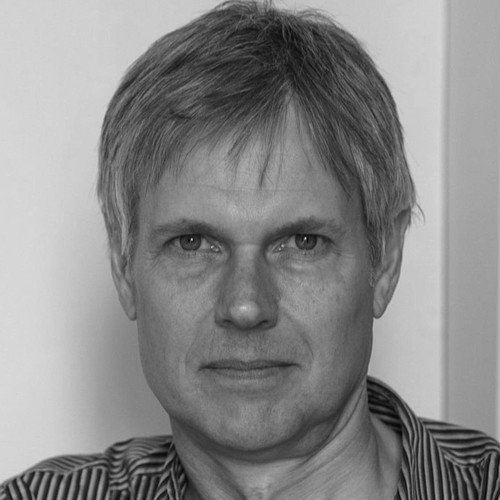 Laughing Like a Man: Caricature, Humour and Gender in Colonial Bengali Periodicals

One the major reasons for the »rise of the novel« in eighteenth century England was marked as the rise of the periodicals by Ian Watt, in his famous eponymous book (1957). The rise of the larger reading public in India was also heavily influences by the English periodicals of the time and their rapid regional adaptations into vernacular languages. With the emergence of a hybrid urbanism, a distinct print-culture infused with the »bazaar aesthetics« combined existing folk traditions in regional art with a clear European sensibility of aesthetics. Popular art of the time started being mass produced, and adopted the visual aesthetic markers in rendering Hindu iconography (Pinney, 2004; Jain, 2007 ; Guha-Thakurta, 1992). Vernacular periodicals not only played a crucial role in shaping the public sphere through texts, but also through the visuals: this project looks at the emerging discourses on womanhood, femininity and gender in Bengali periodicals (1870s-early 1900s) through a visual reading of the popular caricatures.
The most successful Indian periodical series of the time was undoubtedly the various regional versions of the English Punch, notes art historian Partha Mitter in »Cartoons of the Raj.« The Bengali humorous periodicals were heavily influenced by Punch, without ever having a vernacular adaptation of it- this anomaly is one of my most important questions in my own research. This presentation however focuses exclusively on Bengali caricatures which comment on gender stereotypes or portray role reversals. My paper focuses on the fashioning of the female deviant in these caricatures: the colonial native New Woman. Magazines such as Basantaka, or caricaturists such as Jyotin Sen were not only notoriously successful, but they also produced a series of caricatures and humorous pieces satirising the New Woman. The regional caricatures were clearly inspired by the stylistic practice of their English counterpart. They also created a resistance through it, having their roots often in Hindu nationalism. In doing so, however, the caricatures identified the New Woman as one of the most undesirable hybrids. This presentation looks at the role that satirical periodicals played in fashioning the binary of deviant and ideal womanhood in colonial Calcutta through the lens of intersectional feminism and questions of class, caste and religion.

Shromona is a researcher in the field of feminist and queer graphic narratives and an artist herself. She has submitted her MPhil dissertation on feminist graphic autobiographies and is about to begin her PhD project of gender and humour in colonial Bengali caricatures (1870-1947).

This paper asks how The Eskimo Bulletin (1893-1902(?)), a missionary periodical on life with the indigenous population in northwestern Alaska, can be viewed as a hybrid along the lines of a) orality, writing, and print; b) community building; and c) the ambiguous relationship of assimilation and self-empowerment. Being published once a year in a comparatively remote part of Northern America, the Eskimo Bulletin gives an important insight into its production, distribution, and reception within its community. Its publication reflects the Alaskan community’s ongoing transformation. As such, the paper highlights indigenous agency as a determining factor of everyday life in settler communities. It will argue that the periodical acts as an interface, which is most clearly expressed in the papers transition from the written to the printed word. On a more subtle level, then, The Eskimo Bulletin stresses the commonalities between the indigenous and settler communities, while simultaneously preserving, valuing and explaining the indigenous population’s way of life.
Advertizing itself as »the only yearly in the world«, The Eskimo Bulletin gives an insight into the settlers’ representations of life in Cape Prince of Wales, Alaska. As a handwritten periodical which in its later issues turned to print, it highlights the recognition value of a periodical’s design (masthead, columns, illustrations etc.). At the same time, its existence emphasizes the importance of serialized prints as means of community building—with or without a printing press (cf. Warrior 2005; Round 2010; Lyons 2017; Keldermann 2019). Writing and printing are two distinctly different practices, which nevertheless aim to articulate, convey, and spread information to a readership. The Eskimo Bulletin, as a missionary paper, brings together the wish to communicate, proselytize, and also inform its readers about indigenous life and hardship.

Frank Newton is a research associate at the Obama Institute for Transnational American Studies at Johannes Gutenberg-Universität Mainz, Germany.

Pan-Africa imagined and enacted in the Periodical Press, 1919–1932

Negro World, Les Continents, La Revue du Monde Noir…the titles alone of these periodicals indicate the burgeoning black internationalism of the interwar period. The first Pan-African Congress was held in Paris in 1919 and thereafter in locations across the Atlantic: Paris, Brussels and London in 1921; London and Lisbon in 1923; and New York City in 1927. The Pan-African project was both imagined and enacted by the black periodical press: imagined in the editorials, articles, literature and artwork; enacted by the editors and contributors who travelled abroad to report on the situation of black citizens in other states, or to depict creatively, in word and image, the local inflections of African identity across the continent and beyond.
Crisis: A Record of the Darker Races was founded in 1910 as the official organ of the National Association for the Advancement of Colored People (or, N.A.A.C.P.). The years 1919-1922 comprise the first two Pan-African Congresses organised by Du Bois. I will begin by examining how three ›press practices and forms‹ were used by the editors of Crisis to imagine and enact Pan-Africa during this period. Assuming Eric Bulson’s dual definition of periodical ›form‹, I will then demonstrate how Crisis as both ›medium‹ and a ›material object‹ negotiated between the national and the transnational.

Jemima Paine is completing her PhD in French at the University of Liverpool, funded by the Arts and Humanities Research Council.