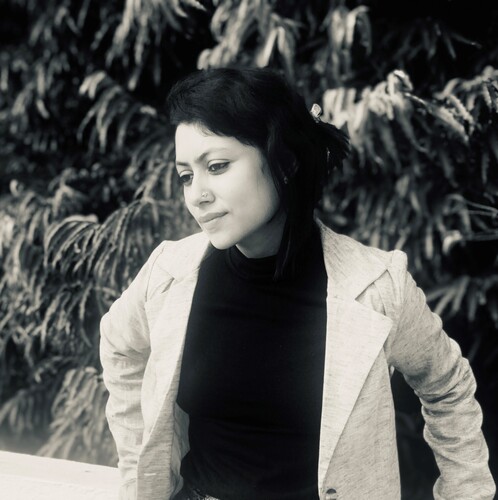 Shromona is a researcher in the field of feminist and queer graphic narratives and an artist herself. She has submitted her MPhil dissertation on feminist graphic autobiographies and is about to begin her PhD project of gender and humour in colonial Bengali caricatures (1870-1947). She makes feminist comics and firmly believes that to be one of the most important modes of her political engagement. 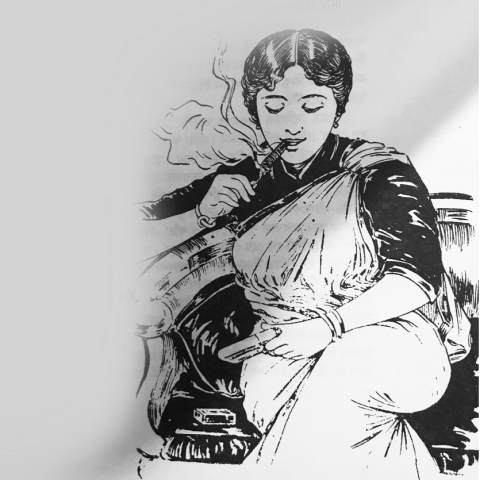 My presentation focuses on the representation of women in colonial Bengali popular discourse aided by contemporary periodicals and I approach it through transmediality: my primary focus remains on the gendered caricatures. I also look at popular prints, popular art and photographs to contextualise my materials, while bringing in contemporary discourses around gender which were largely realised through the discursive space of the popular periodicals. The primary materials of this presentation are a series of popular gendered caricatures of the time.

Laughing Like a Man: Caricature, Humour and Gender in Colonial Bengali Periodicals

One the major reasons for the »rise of the novel« in eighteenth century England was marked as the rise of the periodicals by Ian Watt, in his famous eponymous book (1957). The rise of the larger reading public in India was also heavily influences by the English periodicals of the time and their rapid regional adaptations into vernacular languages. With the emergence of a hybrid urbanism, a distinct print-culture infused with the »bazaar aesthetics« combined existing folk traditions in regional art with a clear European sensibility of aesthetics. Popular art of the time started being mass produced, and adopted the visual aesthetic markers in rendering Hindu iconography (Pinney, 2004; Jain, 2007 ; Guha-Thakurta, 1992). Vernacular periodicals not only played a crucial role in shaping the public sphere through texts, but also through the visuals: this project looks at the emerging discourses on womanhood, femininity and gender in Bengali periodicals (1870s-early 1900s) through a visual reading of the popular caricatures.
The most successful Indian periodical series of the time was undoubtedly the various regional versions of the English Punch, notes art historian Partha Mitter in »Cartoons of the Raj.« The Bengali humorous periodicals were heavily influenced by Punch, without ever having a vernacular adaptation of it- this anomaly is one of my most important questions in my own research. This presentation however focuses exclusively on Bengali caricatures which comment on gender stereotypes or portray role reversals. My paper focuses on the fashioning of the female deviant in these caricatures: the colonial native New Woman. Magazines such as Basantaka, or caricaturists such as Jyotin Sen were not only notoriously successful, but they also produced a series of caricatures and humorous pieces satirising the New Woman. The regional caricatures were clearly inspired by the stylistic practice of their English counterpart. They also created a resistance through it, having their roots often in Hindu nationalism. In doing so, however, the caricatures identified the New Woman as one of the most undesirable hybrids. This presentation looks at the role that satirical periodicals played in fashioning the binary of deviant and ideal womanhood in colonial Calcutta through the lens of intersectional feminism and questions of class, caste and religion.