This ESPRit conference, join us for a virtual conference dinner on

The Ruhr’s Most Iconic Meal

A long-time region of coal mining, iron smelting, and (later) car manufacturing, the Ruhr area’s inhabitants have long since favoured meals that are simple and hearty. Among these, Currywurst, is the Ruhr valley’s most iconic dish. Sings Herbert Grönemeyer, son and bard of the Ruhr: “Kommste vonne Schicht / Wat schönret gibt et nich’ / Als wie Currywurst” [Ending your shift / There’s nothing better / Than currywurst]. Watch a video portrait of the Currywurst by Deutsche Welle.

While there is no ‘right’ way to prep, serve, or enjoy this street food dish—and Berlin and Hamburg both also lay claim to its invention—many in the Ruhr valley strongly identify with their currywurst. For our conference dinner in times of COVID-19, join us on a meal of the other kind!

Which sausage? A Primer

In the Ruhr area, Currywurst is typically prepared with a German Bratwurst. This sausage usually consists mostly of pork meat and pork belly. A bit of beef is sometimes added to the mix. It is spiced with salt, pepper, mace, and cardamom. It should not be confused with a wiener sausage, which, quite unlike Bratwurst, is smoked. Similarly, Bockwurst, which is made from veal, is not commonly used for a dish of Currywurst. Likewise, Nürnberger Rostbratwurst, Blutwurst (blood sausage), Knackwurst, Cervelat, and Weisswurst would be unusual choices. Look for a finely minced, scalded pork sausage in a delicate, pork sausage casing. Else, chose whichever sausage you like best! Supermarkets often carry vegan and vegetarian alternatives, as well as sausages catering to other special diets. 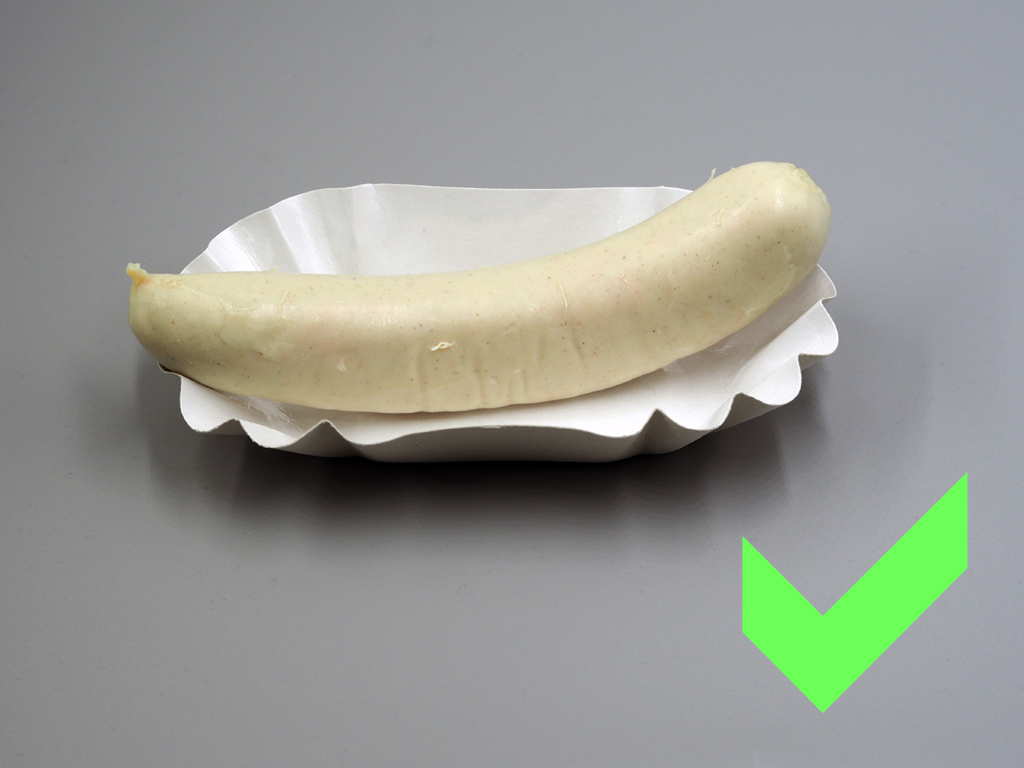 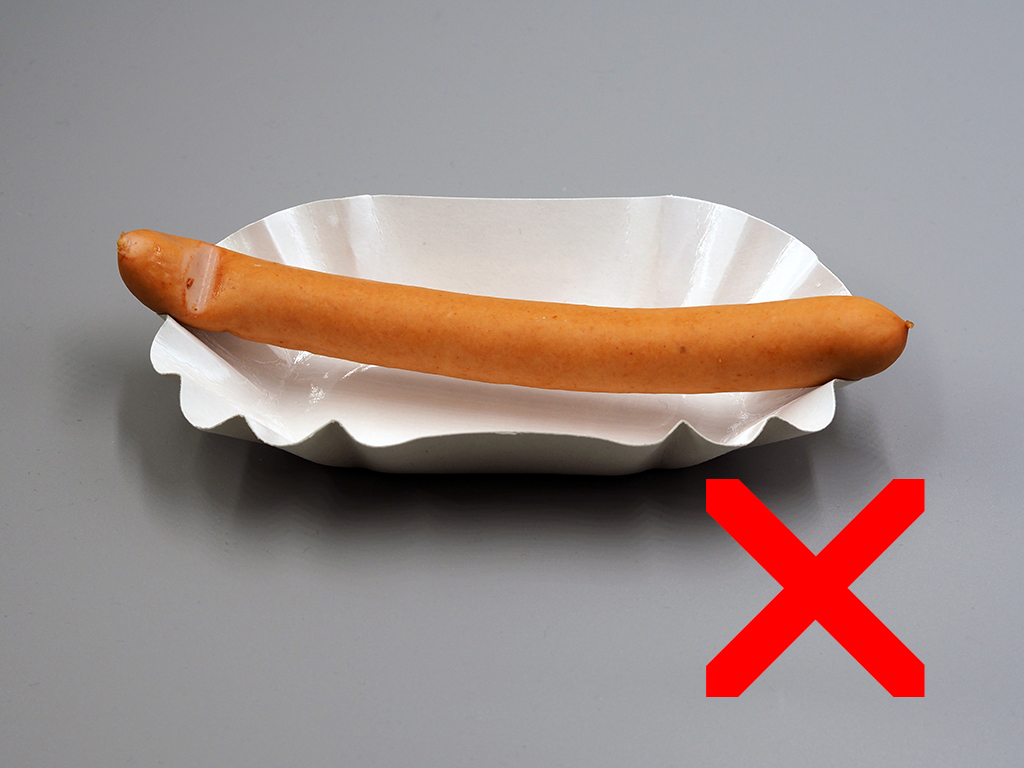 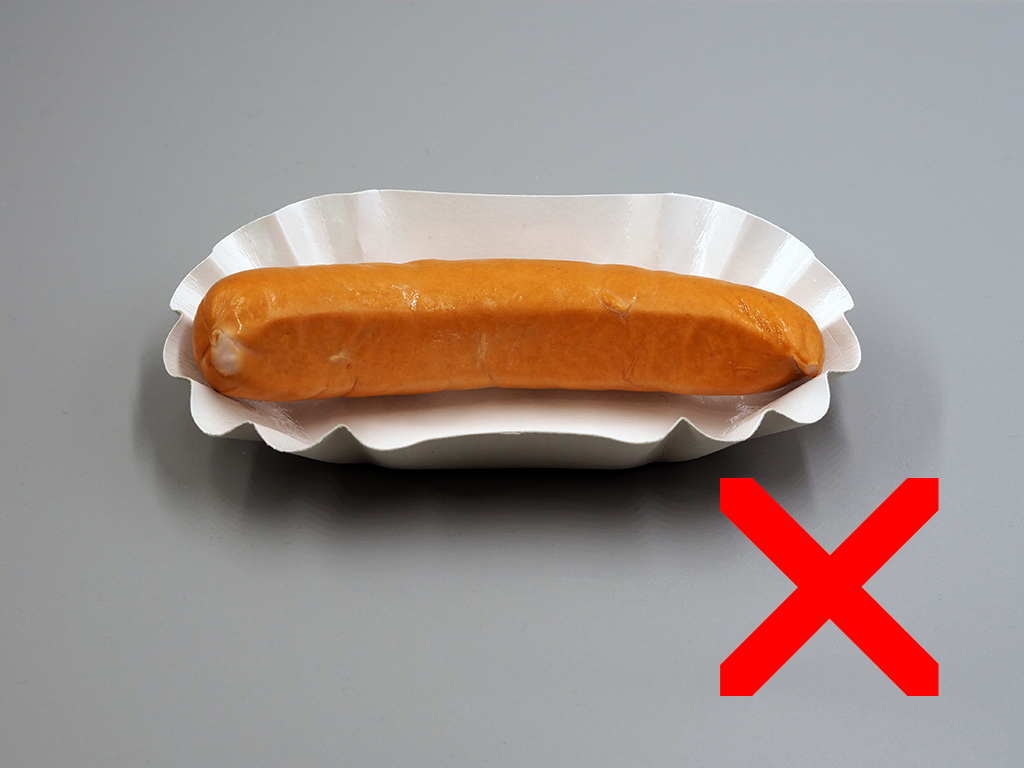 Set aside a suitable dish, a fork, and a sharp kitchen knife. At German grills, Currywurst is usually served on an oval paper plate. It is often eaten with a chip fork or Pommesgabel made of either plastic of wood. More eco-friendly options are available.

Gently heat your Curry sauce, set aside, and keep warm. No matter if you prefer store-bought Curry sauce or want to create your own sauce to your specific taste, Currywurst should be served with heated sauce. 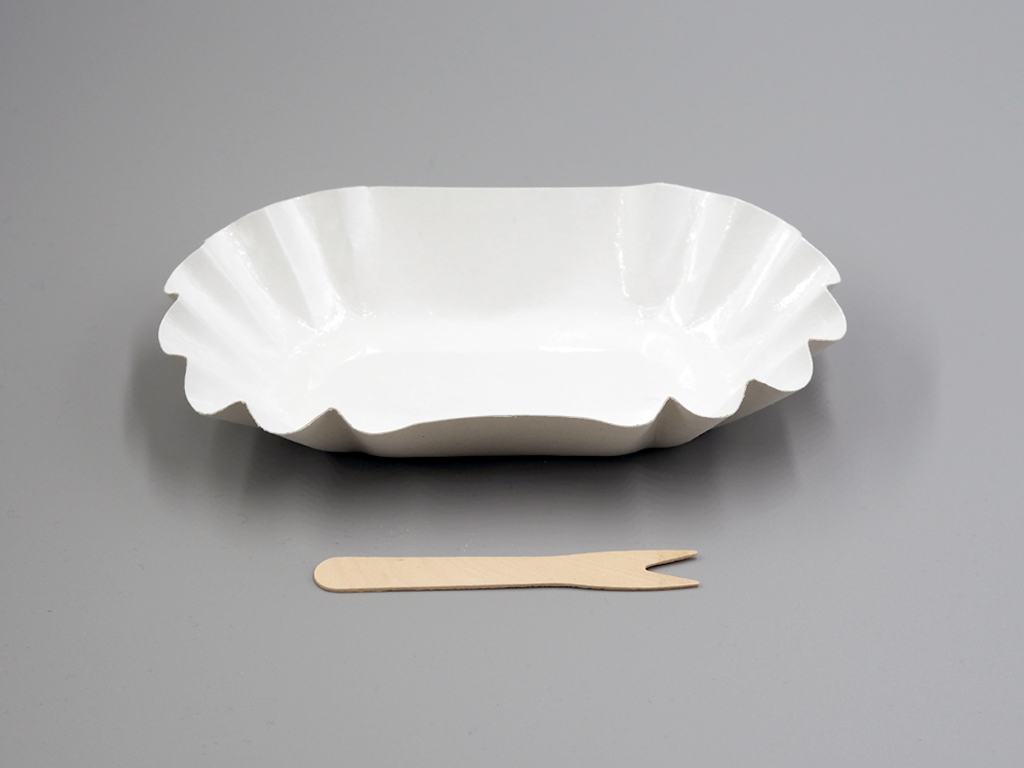 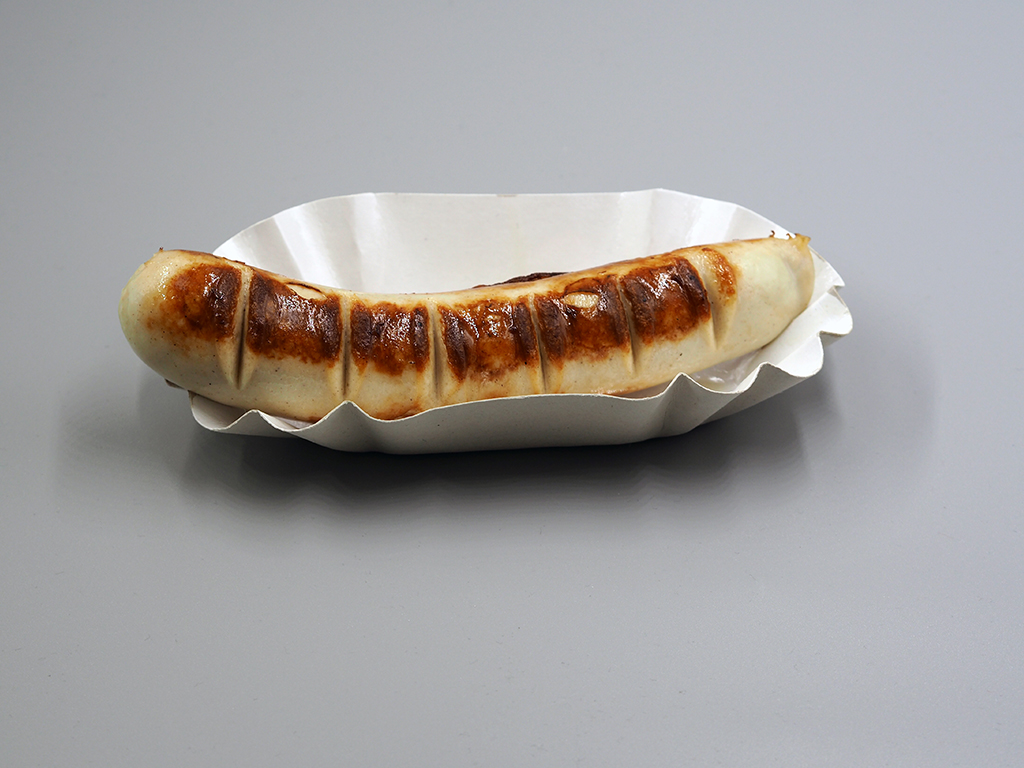 Prepare the sausage to taste.
German grills will often prepare the sausages on griddles. At home, a skillet will do. To keep the casing from bursting, make a couple of scores in the sausage, using a sharp knife. Gently fry in frying oil on medium low heat until nicely browned (or to taste). 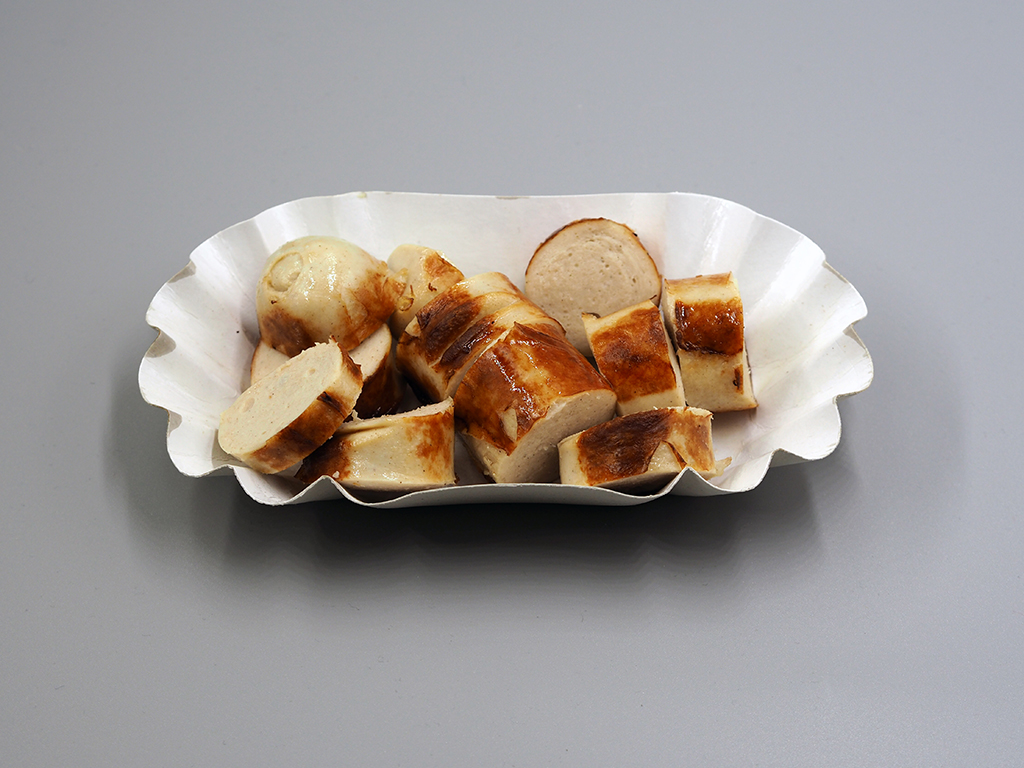 Slice up the sausage in 2/3 inch thick pieces and plate.
Some grills use a special Currywurstschneider (sausage cutter) to cut the sausage in equal slices. At home, a sharp knife will do just fine. 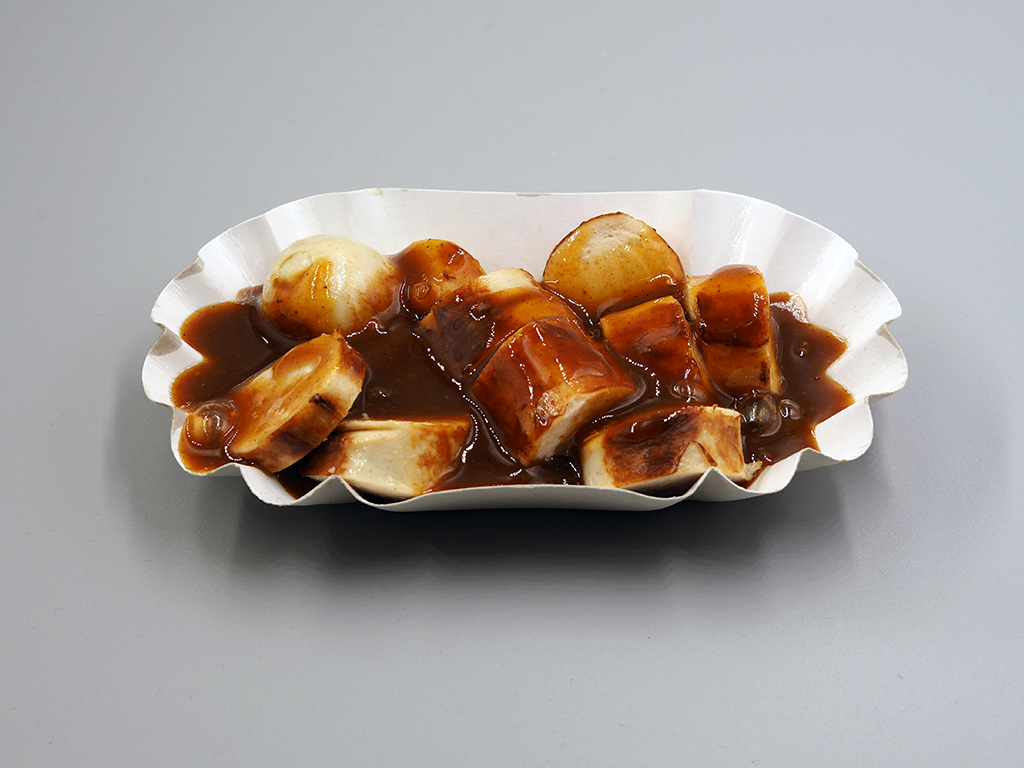 Ladle hot Curry sauce over the slices of sausage.
Currywurst is sometimes served with cold sauce. This should never happen. 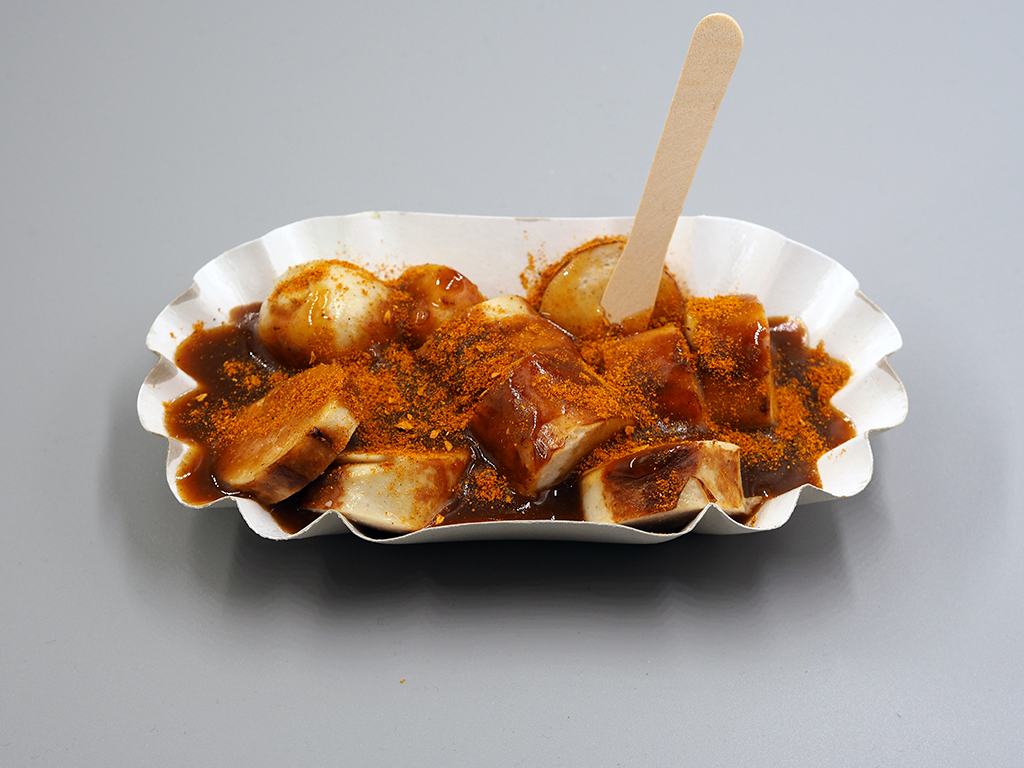 Serve as is, with (one half of) a crispy wheat roll, or with a side of fries. Add condiments to taste (ketchup and mayonnaise are the most common in the Ruhr valley). 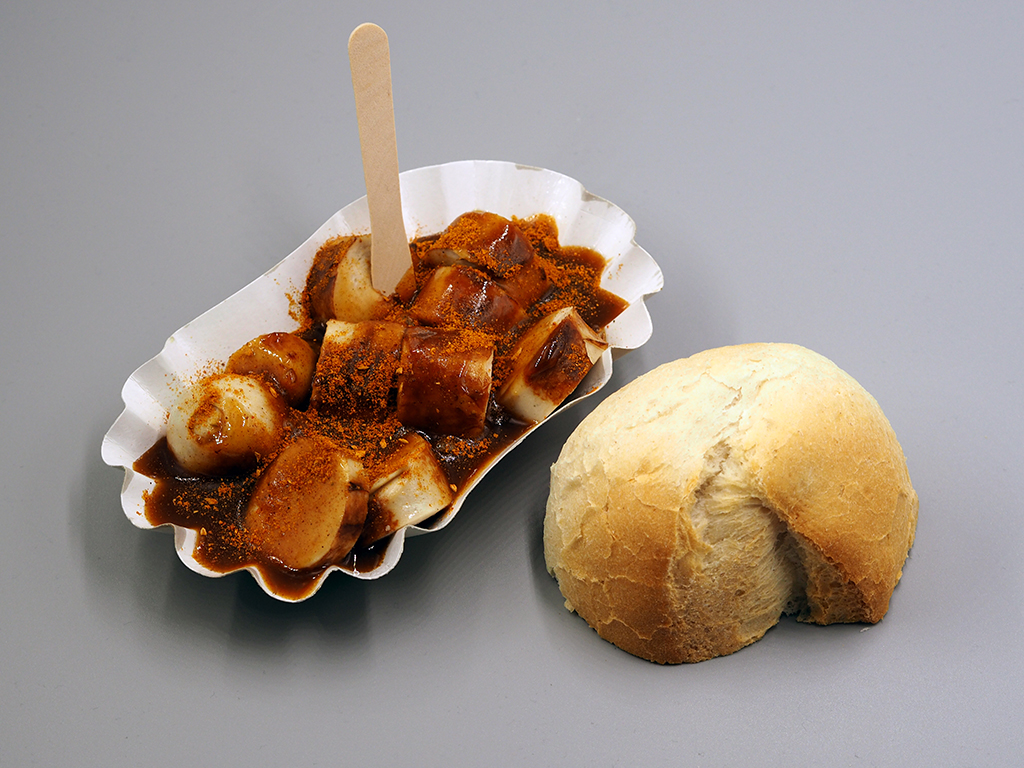 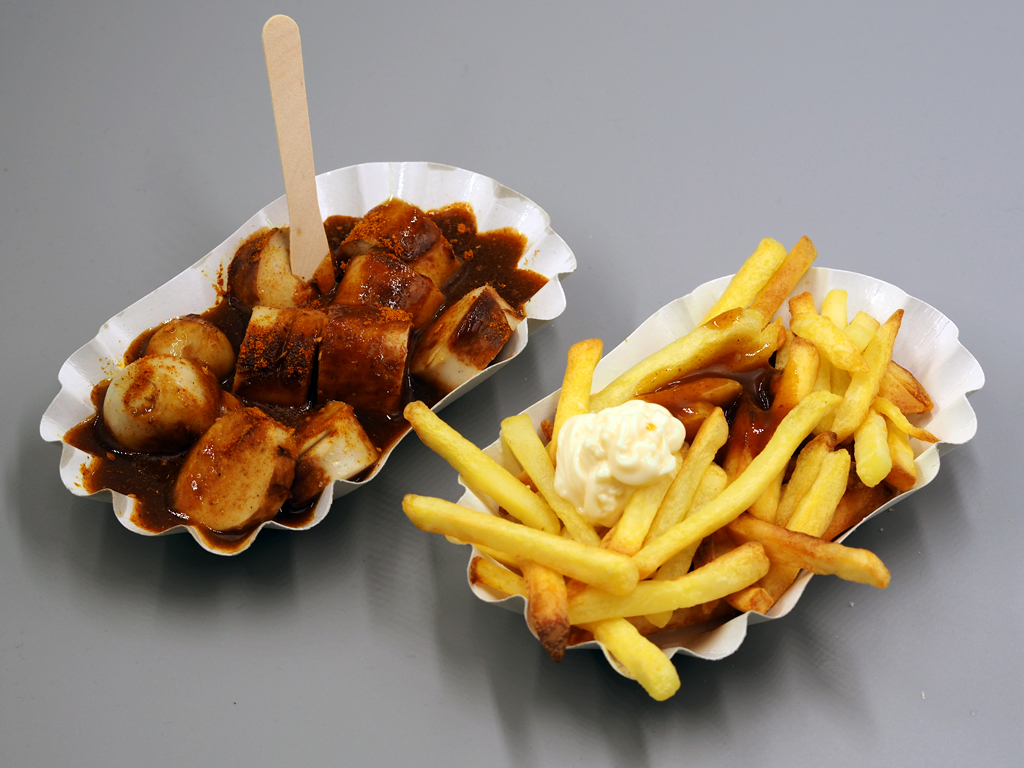