Panel 2: Transcultural and Transregional Perspectives I 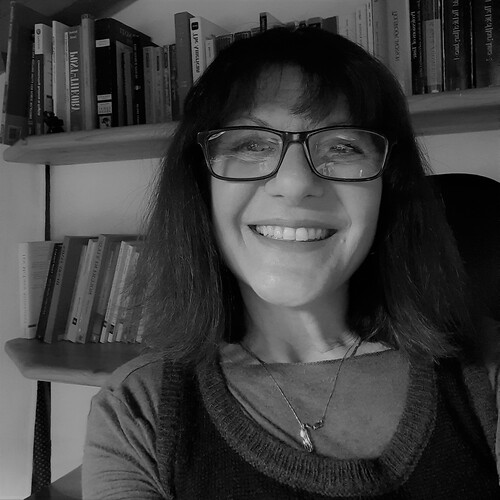 During the long eighteenth century, the Italian periodical press underwent a steady growth. The birth of new periodicals was accompanied by local imitation of foreign models that needed to be adapted to the local sociocultural space of a politically fragmented, pre-unified Italy. In a few but significant instances, periodicals were also the final byproducts of the transformation of serialized literary anthologies, a
genre that sought to adapt itself to a versatile and quickly changing market. This paper presents the results of a digital project currently underway on the reception of foreign literature in the Italian press, with a particular focus on the reception and dissemination of the English novel. With its European dimension (thanks to the frequent translations and adaptations of foreign material) and its wide circulation across an expanding body of readers, the press constitutes a most valuable channel for understanding the Italian negotiation of the moral and social values of England, its customs and literary innovations. The Italian debate on the novel, a genre that – as McMurran reminds us – did not simply move from »one nation to another, but dangled between languages and cultures,« is therefore instrumental to a better understanding of »the dynamic history and changing meaning of fiction’s mobility« in eighteenth-century Europe. This paper shows the use computational methods within the CWRC (Canadian Writing Research Collaboratory) digital environment to map and interpret the transmission, reuse, adaptation and sociocultural contextualization of about 700 reviews (both of ›Italianized‹ English and French reviews and of original approaches to English novels in the Italian press). The analysis of this »granular« material reveals a network of European inter- and trans-cultural transfers and adaptations that address: 1. a largely uncharted aspect of Anglo-Italian intercultural relations, 2. the role of the French periodicals as preferred cultural mediators, and 3. the role of European journalism in
the history of Italian readership during the long eighteenth century.

Sandra Parmegiani is Associate Professor of European Studies and Italian at the University of Guelph.

Rosalie Engels finished her Master’s degree in the Erasmus Mun-dus programme »Crossways in Cultural Narratives« in the summer of 2020. Her graduate dissertation focused on British Grand Tou-rism in the second half of the eighteenth century. She now works as an editor and television producer for the culture department of Deutsche Welle in Berlin.

In the 1840s the so-called fashion magazines were one of the most significant periodicals in Hungary. They mainly focused on literature, but also published theatre reviews, scientific papers, news-segments, gossip columns and fashion plates. These magazines aimed to gain a wide readership and wanted to shape the literary sphere, publish influential works, and facilitate Hungarian education and reading through them. These magazines were inspired by different types of periodicals. Hungarian yearbooks, almanacs, and literary journals from the beginning of the 19th century notably affected them, but their foreign connections were, potentially, even more instrumental. These Hungarian magazines followed similar French and German models, and during their publication numerous contemporary European periodicals affected them.
I want to explore the connections between fashion magazines in a European context and examine the relations of German, Austrian, French, and English periodicals as well as Hungarian ones. The postal service, the circulation of texts and illustrations affected publication in different countries, while copying and scissors-and-paste journalism were also common. From an economic standpoint, it is important that periodicals not only had to compete locally, but also had to take into consideration that readers would sometimes rather subscribe to a well-known foreign journal. Hungarian fashion magazines, for example, competed with multiple German papers. In my presentation, I want to focus on which titles were influential in this European context, what the circulation of different magazines meant regarding the market, and how editors related to different mediums. I believe the news-segments of different papers is especially interesting in this topic, but looking into the foreign correspondence and travel-writings seems promising as well. I would also like to examine illustrations and their reprints. I want to look at these magazines as complex products and consider how they positioned different elements and recontextualized foreign references.