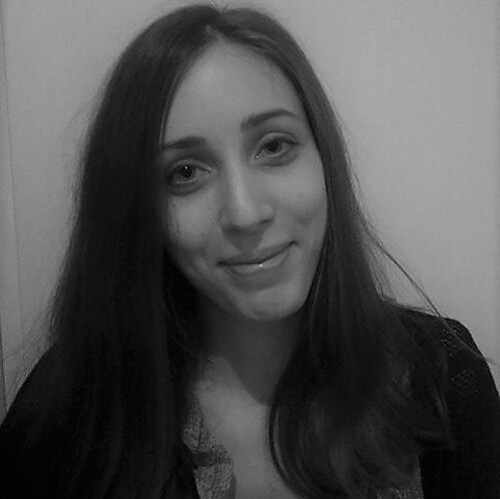 My name is Júlia Fazekas, I live in Budapest, Hungary. I am currently a PhD student at Eötvös Loránd University’s Doctoral School of Literary Studies, I participate in the Hungarian and European Enlightenment Doctoral Programme. I have a Master’s Degree in Literary and Cultural Criticism, where I specialized in both Classical Hungarian Literature and Comparative Literary and Cultural Studies. My doctoral thesis focuses on the literary press of the first half of the nineteenth century. I participated in the ESPRit online colloquium at the Postgraduate Panel in September 2020, where I spoke about my research, focusing on the international connections of my thesis.

Hungarian fashion magazines that were published in the 1840s are in the centre of my research. These periodicals were published weekly or bi-weekly, their page-count ranged from 16 to 40 pages. Every issue had a fashion plate attached to it, and, occasionally, the magazines published portraits, dress-patterns and sheet-music. Texts (literary works and news-segments alike) were sometimes illustrated. The majority of the issues were dedicated to short stories, poems and travel-writings, but they also had columns for reviews, academic discussion, gossip, fashion, female education and foreign correspondence. In my presentation, I will compare the Hungarian titles to other European magazines.

In the 1840s the so-called fashion magazines were one of the most significant periodicals in Hungary. They mainly focused on literature, but also published theatre reviews, scientific papers, news-segments, gossip columns and fashion plates. These magazines aimed to gain a wide readership and wanted to shape the literary sphere, publish influential works, and facilitate Hungarian education and reading through them. These magazines were inspired by different types of periodicals. Hungarian yearbooks, almanacs, and literary journals from the beginning of the 19th century notably affected them, but their foreign connections were, potentially, even more instrumental. These Hungarian magazines followed similar French and German models, and during their publication numerous contemporary European periodicals affected them.

I want to explore the connections between fashion magazines in a European context and examine the relations of German, Austrian, French, and English periodicals as well as Hungarian ones. The postal service, the circulation of texts and illustrations affected publication in different countries, while copying and scissors-and-paste journalism were also common. From an economic standpoint, it is important that periodicals not only had to compete locally, but also had to take into consideration that readers would sometimes rather subscribe to a well-known foreign journal. Hungarian fashion magazines, for example, competed with multiple German papers. In my presentation, I want to focus on which titles were influential in this European context, what the circulation of different magazines meant regarding the market, and how editors related to different mediums. I believe the news-segments of different papers is especially interesting in this topic, but looking into the foreign correspondence and travel-writings seems promising as well. I would also like to examine illustrations and their reprints. I want to look at these magazines as complex products and consider how they positioned different elements and recontextualized foreign references.