Panel 12: Going International through the Periodical Press: Milan as Cultural Workshop in the 1960s and beyond 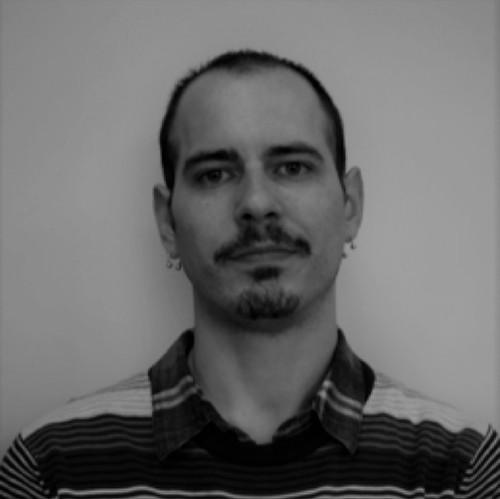 The Role of Milan in the Cultural Industry.
The Literary Pages in the Italien Press in the Second half of the Twentieth Century

A research by Ulderico Bernardi dating back to 1980 has shown that in the Milanese newspaper »Corriere della Sera«, when it was acquired by the Rizzoli publishing group in 1974, the number of Rizzoli’s books reviewed increased from 11-12 to 23 per cent. The research demonstrates the existence of a noteworthy link (to date little or nothing studied) between newspaper ownerships and book information policies.
The aim of this paper is to investigate this link, then the development of literary information in the light of the interaction between publishers and papers. Some of the major Italian newspapers will be taken into consideration, i.e. those produced in Milan, Turin, Florence, Bologna, Rome and Naples, with the purpose of creating a dynamic mapping of literary information. Special attention will be dedicated to the city of Milan, home to some of the most important newspapers (»Il Corriere della Sera«, »Il Sole 24 Ore«, »Il Giorno«, »Il Giornale«, »La Repubblica« etc.) and publishing houses (Mondadori, Rizzoli, Guanda, Longanesi, Rusconi, il Saggiatore, Adelphi etc.) of the second half of the twentieth century.
In particular, I will look at the consequences of the changes that occurred in the publishing world between the 1960s and 1970s, when the entry of extra-editorial capital disrupted practices, assets and balances in the cultural industry. The challenge is to combine these extra-literary vicissitudes with the evolution of the review form, literary criticism and literature itself. In a world in which we are observing an unprecedented expansion of the editorial offer, after all, literary information (and review in particular) fulfils the fundamental function of intermediation between works, publishing and readers’ audience. That is why it is essential to investigate the networks of relationships that make it up.

Dario Boemia is a PhD candidate in Visual and Media Studies at IULM, University of Milan (Italy).

Fear and Loathing in Kung Fu Land.
Reviews of Martial Arts Films on Italian Periodicals in the 70s

The paper analyses the impact of Chinese kung fu movies on the Italian society through the reviews and articles written by film critics and journalists on newspaper and periodicals in the 70s. In Italy, like in many other European countries, the »kung fu craze« began in the early 1973 as a consequence of the success of Five Fingers of Death / King Boxer / Tiānxià dì yī quán (Hong Kong, 1972). The martial arts film boom was reinforced by the global recognition of Bruce Lee and the echoes of his tragic death. At that point, many Italian distributors bet on cheap martial arts movies for an easy attempt at the box office: they used explicit references to violence and graphic covers to lure in the audience, targeting male urban youth. The acceptance gained by these films helped to boost the enrollment to gyms specialised in martial arts. The boom run out naturally a few years later, but it had a huge impact on the Italian sociocultural life of the 70s. Most of the film critics and journalists expressed full disdain and open mockery for the phenomenon, while describing the huge following that those movies had and the impact on society they exercised. The paper looks only at newspaper and periodicals published in Milan: from newspapers such as »Corriere della Sera« and »Il Giorno« to popular magazines such as »Epoca«, »L’Europeo« and »Oggi« and specialised magazine such as »Cinema e Cinema«. The aim is to clarify the critical response to the boom, linking it to a defined urban ecosystem such as Milan: film reviews are to be discussed in relation to the advertisement of the movies and to the sociocultural life of the city.

Stefano Locati is currently a research fellow at IULM University with a project on the critical reception of Asian cinema on Italian periodicals from the 30s to the present.

In the 1960s the Milanese booksellers Giovanni Gandini and Anna Maria Gregorietti acquired the rights of publishing Peanuts and other important American comic strips from the United Feature Syndicate. In 1965, in the wake of the success met by Charlie Brown’s stories printed in book form by their publishing house Milano Libri (Arriva Charlie Brown! and Povero Charlie Brown!), they founded Linus, the first Italian comic magazine designed not for an audience of children but for an adult and cultivated public. The idea was born from the conversations with a group of intellectuals, Ranieri Carano, Elio Vittorini, Umberto Eco, and Oreste Del Buono, who met in their bookshop in via Verdi in Milan.
Time and space are key issues with regard do Linus from different perspectives: historical, cultural, and translational. First, the gap between the affirmation of comics in the United States in the first decades of the twentieth century and the reticence to accept them as a serious genre in the Italian periodical press until the post-war period (with Elio Vittorini’s Il Politecnico as a pioneering magazine). Secondly, the serialization of comics, which found in the monthly magazine an ideal format. Finally, the need to translate a language and a sociocultural context with which the Italian readership was just then slowly becoming familiar. As a cultural project, the translation of Linus involved technical, ideological, and linguistic challenges of which the reader was constantly informed. The translators had to re-contextualize the comics for the Italian audience, resorting to strategies of both domestication and foreignization, ultimately solving cultural problems linguistically and creatively, through adaptation and transcreation.