Panel 7: Illustrated Press in the 19th Century: Competition and Transfer 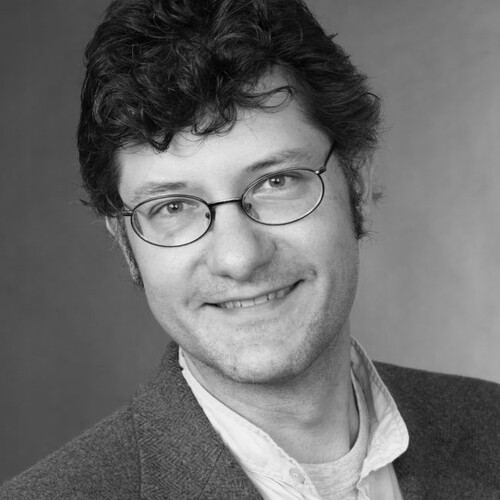 Public Meetings in European Illustrated News Magazines during the 1840s

During the 1830s and 1840s the public meeting gained prominence in the English-speaking world as a way to advocate reform causes, such as anti-slavery, temperance and free trade. Reform meetings were often organized as gatherings of representatives of towns or associations, and they had their own protocols for how proceedings were conducted. Meetings of this kind often attracted large audiences and they were a popular topic in newspaper reporting; the staging also often provided »spectacular« qualities that made them suitable as subjects for the emerging pictorial press.
In this presentation I will look at how the public meeting to advocate reform was transferred between countries in Europe through the first generation of illustrated news magazines, primarily the Illustrated London News, L’Illustration and the Illustrirte Zeitung, during the 1840s. I will focus on how wood engravings of public meetings travelled transnationally and especially on how they were resituated and reused. The analysis pays attention to the way the printed pictures were transformed by the change of context in terms of both accompanying letter press and page layout. On a general level, the analysis concerns how pictures of meetings acquired new symbolic meanings when they were transferred from one country to another. A hypothesis that I will explore in the talk is that these engravings, when they were dislodged from their original temporal and geographical contexts, came to represent, not so much specific events as generic images of political participation in modern society.

Jakob Kihlberg works as a researcher at the Department of History of Science and Ideas at Uppsala university, Sweden.

The Portuguese-speaking Press from the Digital Humanities Point of View: using QGIS and GEPHI to track the Nineteenth Century Illustrated Press

As a paramount part of the nineteenth century cultural scenario, the illustrated press is a phenomenon that needs more examination to clarify the steps of the production process. It is already known that the illustrated press and its images were implicated in a complex network of agents and a vast geography, nevertheless concerning the Portuguese press there is not much information. The places where the periodicals circulated were not restrict to the places of production, as for instance three Portuguese illustrated periodicals printed in France during the second half of the nineteenth century: Os Dois Mundos: Illustração para Portugal e Brazil (1877-1882), A Illustração, Revista Quinzenal para Portugal e Brazil (1884-1892) and A Revista, Illustração Luso-Brazileira (1893). Although the production settled in Paris, they circulated both in Portugal and Brazil, creating a transatlantic network. In addition, there were many people involved in the periodical production. While the Geographic Information System (GIS) helps to trace the trajectory of the periodicals from production to distribution, the Social Network Analysis demonstrates the vast network of agents that had participated in the periodical production and the relation between them. This presentation intends to display a methodological possibility considering the digital humanities as a valuable allied to explore the illustrated press in a new perspective.

Research by, amongst others, Sinnema (1998), Martin (2006) and Smits (2020), has demonstrated the impact of illustrated periodicals during the nineteenth century on the construction of national identities. Illustrated magazines across Europe additionally played a fundamental role in remediating regions and their cultures. The transeuropean and transatlantic networks through which texts and illustrations were transferred (Shattock 2017; Schelstraete & van Remoortel 2019) meant that regions were also reconceptualized across national borders, elsewhere in Europe or in North America. European illustrated periodicals thus constituted »spaces of encounter« (Brake & Codell, 2005: 2) that not only crossed boundaries of gender and class, but, as this paper will argue, regional and transnational borders as well. This paper will analyze illustrated periodicals as transnational spaces of remediation, reproduction and reception of the region, thereby aiming to contribute to the current transnational turn in periodical studies as well as to shift existing paradigms that identify nineteenth-century regions with nationalisation (Donovan 2010) or support of nation-building (Augusteijn & Storm 2012: 6). It will do so by focusing on representations of Connemara—the western part of Co. Galway, Ireland— in illustrated periodicals such as The Graphic, Le Monde Illustré, and Hollandsche Illustratie, during an era when rural regions in the west of Ireland were marked by agrarian unrest, modernization, emigration, and were at the same time perceived by Celtic Revivalists as sites which crystallized authentic ›Irishness‹ (Castle 2001; Felton 2007).
Furthermore, this paper will pay specific attention to how these images of Connemara were reframed textually, when engravings and woodcuts were exchanged between magazines, thereby mapping out networks of cultural transfer (Stockhurst 2010). In uncovering these processes of transfer, this paper will engage with theoretical frameworks on the dynamics between illustrations and texts (Sinnema 1998, De Moor & Brake 2009).