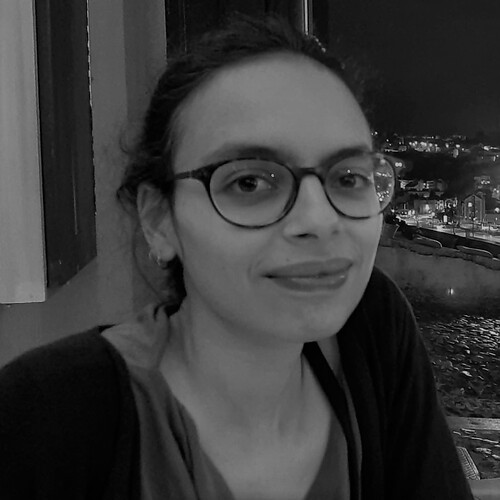 Bruna Santiago is currently a PhD student in Contemporary History at the Faculty of Social Sciences and Humanities (Institute of Contemporary History – IHC) at Nova University, Lisbon, Portugal. In 2017 she completed her master studies in Social History at University of São Paulo. She holds a B.A. in History at Pontifical Catholic University of Rio Grande do Sul, Brazil (2012). Her main research interests are: Illustrated Press, Nineteenth Century Visual Culture, Transatlantic and transnational press, Graphic technologies from the nineteenth century, Digital Humanities.

The Portuguese-speaking press from the Digital Humanities point of view: using QGIS and GEPHI to track the nineteenth century illustrated press

As a paramount part of the nineteenth century cultural scenario, the illustrated press is a phenomenon that needs more examination to clarify the steps of the production process. It is already known that the illustrated press and its images were implicated in a complex network of agents and a vast geography, nevertheless concerning the Portuguese press there is not much information. The places where the periodicals circulated were not restrict to the places of production, as for instance three Portuguese illustrated periodicals printed in France during the second half of the nineteenth century: Os Dois Mundos: Illustração para Portugal e Brazil (1877-1882), A Illustração, Revista Quinzenal para Portugal e Brazil (1884-1892) and A Revista, Illustração Luso-Brazileira (1893). Although the production settled in Paris, they circulated both in Portugal and Brazil, creating a transatlantic network. In addition, there were many people involved in the periodical production. While the Geographic Information System (GIS) helps to trace the trajectory of the periodicals from production to distribution, the Social Network Analysis demonstrates the vast network of agents that had participated in the periodical production and the relation between them. This presentation intends to display a methodological possibility considering the digital humanities as a valuable allied to explore the illustrated press in a new perspective.