Panel 11: Capitalism and the Modern Press 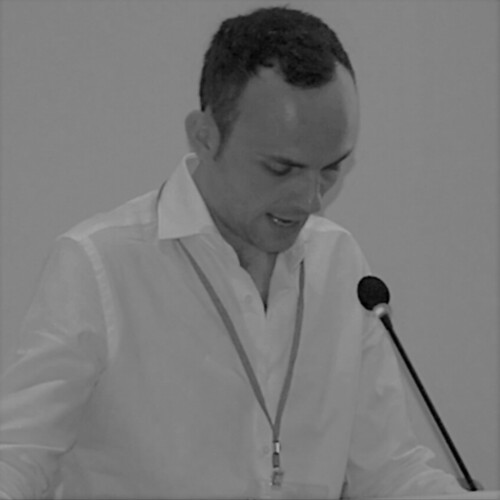 Within the history of modern Hungarian literature, the journal Nyugat was the flagship of modernist literary movements from 1908 to 1941. Mainly perceived as a periodical dedicated to preserving its own l’art pour l’art brand of aestheticism during the period before World War I, my analysis examines Nyugat’s ties to the industrial lobby group, the Hungarian National Industrialists’ Association [GyOSz], through the connections of one of its editors, Miksa Fenyő (1877-1972). First the secretary, then the managing director of GyOSz, Fenyő’s connection to Hungary’s economic elite has largely remained unexplored in Hungarian literary history. By examining the advertisements and notices found in Nyugat, the GyOSz-issued periodical also edited by Fenyő, Magyar Gyáripar [Hungarian Factory Industry], and a few other prominent periodicals from the period, I interpret these textual traces as a type of marginalia that appear inconsequential, yet still allow a periodical to shift, alter and change its profile quickly enough to adapt to the tumultuous historical and socio-economic pressures that characterized the last two decades of the Austro-Hungarian Empire. By reimagining this form of marginalia as a »bookend« that subsequently positions a periodical within a socio-economic context, I draw upon Anthony Giddens’ theory of disembeddedness, Raymond Williams’ concept of cultural formations and Jerrold Spiegel’s description of a network of means  to demonstrate how Nyugat’s editors maintained a fine balance between capitalism and high culture in order to attain artistic autonomy.

Riding the Flow of Luxury: The Aesthetics and Politics of Style in Literary and Visual Images of the Sport im Bild (1921-1932)

On a thematic level, my presentation will retrace what images of a better living and of the high society are projected by the texts and pictures in the Sport im Bild and how these images are related to modernist ideas of acceleration and of the exploitation of new areas of experience. On the level of media theory, I will describe, firstly, the aesthetic regimes specific to the various formats of the journal (the paintings, the stories and novels, the advertisements, the reports, the drawings, the photographs) and, secondly, how these formats are intertwined to create a visual experience that is typical for the brand Sport im Bild. Finally, I will hint at the pictorial policy underlying this ›flow of luxury‹ and I will ask which elements of the magazine produce or intensify the desires typical for the ideology of ›aesthetic capitalism‹ and which elements provide a critical stance towards it.

Marcus Krause is a Post-Doc in the DFG research unit »Journalliteratur« (in subproject 1 ›Ornamental Constellations: On the Aesthetics of Literary Magazines in the Realm of Modern Mass Media (1880 to 1930)‹)

According to Peter Bürger’s widely cited Theory of the Avant-garde, radical modernist movements had an urge for subverting the bourgeois institutions of cultural production. However, many post-WWI avant-garde editors were eager to forge alliance with various sectors of the economy, rather than opposing them. Dozens of publications can be quoted investigating the potential synergies deriving from the merge of avant-garde art and various phenomena of interwar capitalism. Surprisingly enough, these left-wing authors, while criticizing the capitalist system of organizing production, also found some of the distinguishing characteristics of capitalist economic order inspirational. 1920s avant-garde journals were overflowing with articles exploring the perspectives opened up by Fordism, Taylorism, standardization, rationalization, and »scientific management« in general.
Employing the methodological toolkit of periodical studies, I will deal with the perception of capitalism in 1920s avant-garde periodicals, predominantly from the Central and Eastern European scene, rather than the already well-known Western Functionalisms. I will examine the following: What kind of political economy was envisioned in these magazines? How were they related to the aesthetic practices and theories of their editors, to their own role in the actual cultural ecosystem, and to the position of their journals in the periodical press market?
My hypothesis is that, for a brief span of time after WWI, the driving ambition of avant-garde periodicals was to rewrite the sign system of modernity. Employing a sort of radical imagination, instead of merely opposing it, they de- and reconstructed capitalism in order to create their utopian social visions. I will also investigate the far-reaching polarizing effects of this intellectual undertaking on the avant-garde scene itself. By the time of the Great Depression, we find part of these one-time avant-garde editors in illegal anti-establishment movements, and the other part of them designing modernist villas in the suburbs of Budapest, Bratislava or Brno.

Gábor Dobó is a PhD literary historian. He studied at universities in Budapest, Florence and Angers. He has been working at the Kassák Museum (Budapest) since 2014 as a member of the project »Lajos Kassák’s Avant-Garde Journals from an Interdisciplinary Perspective (1915–1928)«