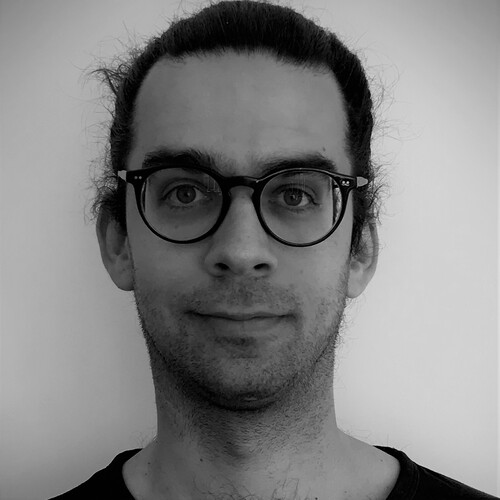 Gábor Dobó is a PhD literary historian. He studied at universities in Budapest, Florence and Angers. He has been working at the Kassák Museum (Budapest) since 2014 as a member of the project »Lajos Kassák’s Avant-Garde Journals from an Interdisciplinary Perspective (1915–1928)«. He is researching periodicals of the avant-garde. On this topic, he has curated several exhibitions and organized conferences in the Kassák Museum, and published essays in Hungarian, English and Italian. He is a committee member of the European Society for Periodical Research (ESPRit) 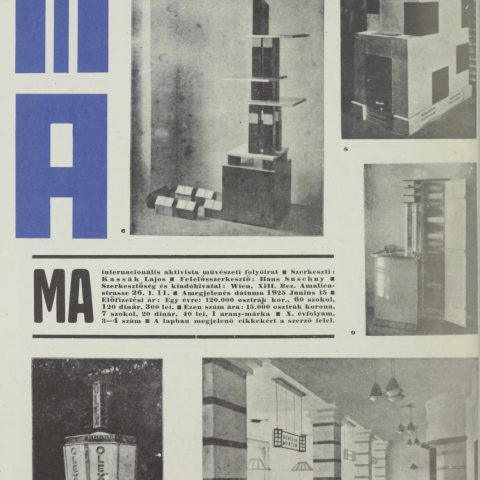 My presentation will rely on a wide range of examples from 1920s Hungarian and East-Central European left-wing modernist periodicals, which experimented with shaping modernity by means of avant-garde art. The cover photo of my talk is a vivid illustration of this endeavor: the back cover of the Ma [Today] magazine, Vienna (1925/3–4), representing, among other things, a petrol station and the interior of a bank office with modernist design.

According to Peter Bürger’s widely cited Theory of the Avant-garde, radical modernist movements had an urge for subverting the bourgeois institutions of cultural production. However, many post-WWI avant-garde editors were eager to forge alliance with various sectors of the economy, rather than opposing them. Dozens of publications can be quoted investigating the potential synergies deriving from the merge of avant-garde art and various phenomena of interwar capitalism. Surprisingly enough, these left-wing authors, while criticizing the capitalist system of organizing production, also found some of the distinguishing characteristics of capitalist economic order inspirational. 1920s avant-garde journals were overflowing with articles exploring the perspectives opened up by Fordism, Taylorism, standardization, rationalization, and »scientific management« in general.

Employing the methodological toolkit of periodical studies, I will deal with the perception of capitalism in 1920s avant-garde periodicals, predominantly from the Central and Eastern European scene, rather than the already well-known Western Functionalisms. I will examine the following: What kind of political economy was envisioned in these magazines? How were they related to the aesthetic practices and theories of their editors, to their own role in the actual cultural ecosystem, and to the position of their journals in the periodical press market?

My hypothesis is that, for a brief span of time after WWI, the driving ambition of avant-garde periodicals was to rewrite the sign system of modernity. Employing a sort of radical imagination, instead of merely opposing it, they de- and reconstructed capitalism in order to create their utopian social visions. I will also investigate the far-reaching polarizing effects of this intellectual undertaking on the avant-garde scene itself. By the time of the Great Depression, we find part of these one-time avant-garde editors in illegal anti-establishment movements, and the other part of them designing modernist villas in the suburbs of Budapest, Bratislava or Brno.