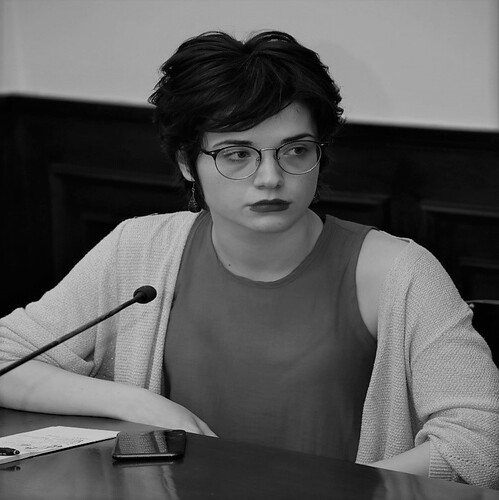 Jelena Lalatović (Belgrade, 1994) is a literary critic and researcher. She obtained her master degree in comparative literature at the Faculty of Philology University of Belgrade in 2017. She is currently writing her PhD thesis which deals with the historical development of the genres in the student periodical press from 1937 to 1968. She has been working as a full-time research assistant at the Institute for Literature and Arts in Belgrade since May 2019. 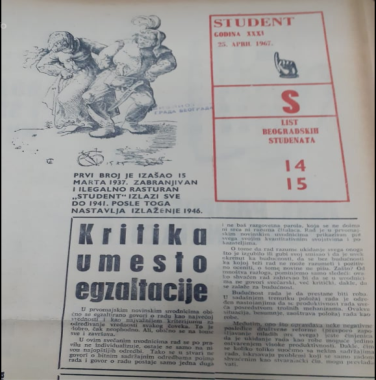 The research object consists of both external and internal circumstances which influenced the editorial policy of the newspaper Student, the most influential student periodical in Yugoslavia, from 1937 to 1968.

The goal of this presentation is to examine the links between the student anti-fascist movement in the interwar period and the student anti-fascist organizing in the post-war era, which were connected via the same newspaper Student serving as the newsletter of the communist youth culture. First, I would like to analyze how Student’s transition from an illegal framework to a state-funded newspaper influenced the change in the editorial and cultural policy of the newspaper. Next, I would like to explore how the legacy of the revolutionary past was generated in the periodical itself – i.e. whether and in what manners the preservation of the revolutionary tradition influenced the anti-regime stance of the Student’s editorial board during 1968. The purpose of this analysis is to explain how social, historical, political and editorial changes were reflected in the development of genres in the newspaper. My goal, then, is to answer which genres and at what point became dominant but also which had lost their importance and for what reasons.

»Yugoslav Middle Ages«: – Discourses of Nation(alism), Modernization and Tradition in the Journal Jugoslovenče.