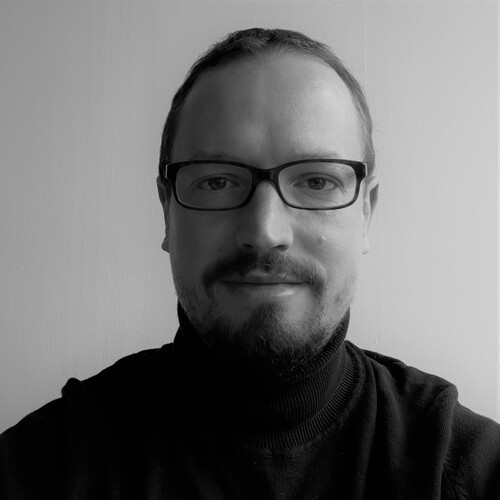 Dr. Vincent Fröhlich is head of sub-project 8 »Seeing Film between the Lines: Remediation and Aesthetics of the Film Periodical« which is part of  the  research  unit Journalliteratur. The project is situated at the Institute for Media Studies at the University of Marburg. Previously, he was a research assistant in sub-project 5 »Fragment Constellations« lead by Jens Ruchatz, which analyzed photography and layout phenomena in illustrated magazines of the 19th century. His research interests encompass: photography, film paratexts, periodical studies, layout, seriality and serial narration, cliffhanger, TV studies, radio history and material philology.

The Neue Filmwelt was published on 1st of August 1947 (1947‒1953) in the Soviet-occupied Eastern Zone under the licence SMA: 301. This magazine has so far been totally neglected, although it was one of the first German illustrated film magazines after the Second World War and an important figure, the DEFA co-founder Karl Hans Bergmann, was initially its editor. Not much is known about the production background of this magazine. The autobiography of Karl Hans Bergmann, who has since passed away, as well as a video recording of a conversation with him provide some insights into the turbulent history of this magazine’s production.

Film Is What Belongs to Film. The Reuse of Photographic Pictures and Typographies in Illustrated Film Magazines