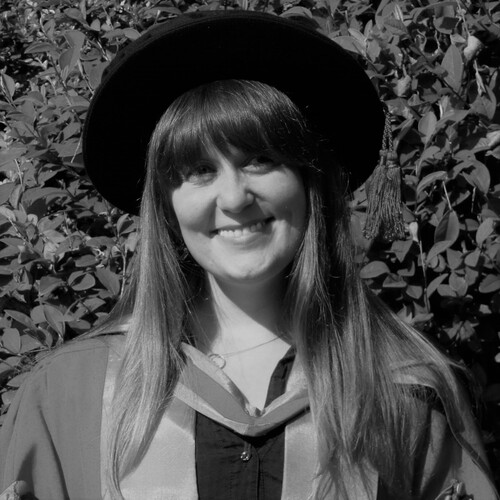 Mary is Research Fellow on the Leverhulme-funded project »Autobiographical Acts in Seventeenth-Century England, Scotland, Wales and New England«. This work draws on her interests in archipelagic approaches to literary history, and the use of neglected archival sources to explore how early modern people talked about themselves and each other with a particular focus on expressions of gendered, national and class identities. Mary gained her PhD from Aberystwyth University for a dissertation exploring eighteenth-century manuscript poems and other texts written and circulated by members of the Welsh gentry. Her monograph will be published by University of Wales Press. 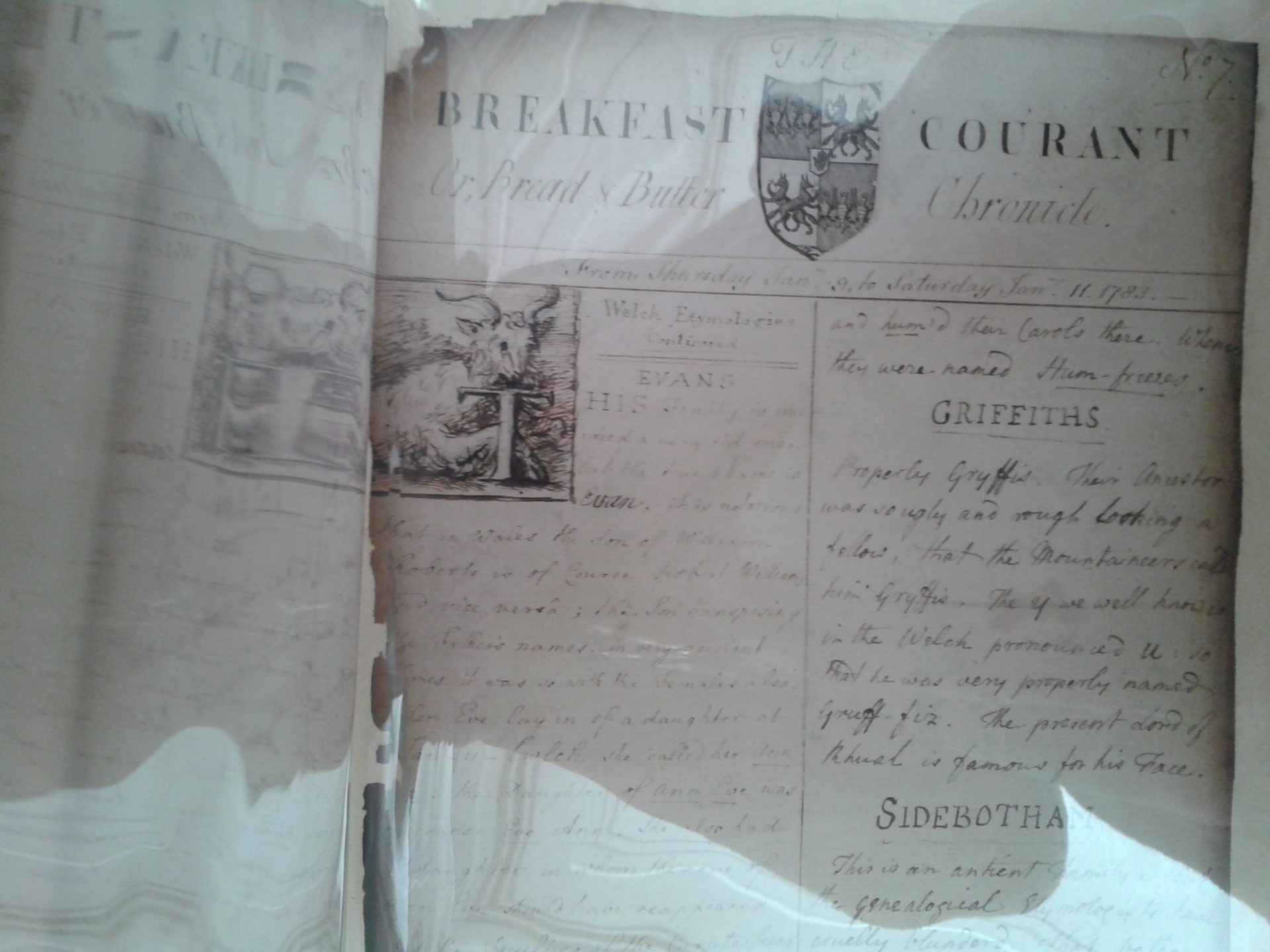 My research objects are ten manuscript periodicals entitled The Breakfast Courant, or, the Bread and Butter Chronicle. Over 200 years old, they are torn and singed or burnt around the edges of the pages. Visually, they mimic eighteenth-century newspapers, each having a header which includes the title, date of publication and issue number, with the content arranged into two columns per page. The first sentence of each opening essay is adorned with an illuminated initial, possibly the work of the artist Henry Bunbury. The author(s) used manicules and bold, print-like fonts to emphasise certain passages. No colours have been added.

In January 1783 the family and guests of Sir Watkin Williams Wynn of Wynnstay in north Wales were entertained by the production and circulation of a run of ten manuscript periodicals entitled The Breakfast Courant, or, the Bread and Butter Chronicle. Drawing explicitly on Addisonian models of seventy years earlier and clearly mimicking the »periodical life cycle« (Powell, 2012) and self-reflexive conventions of their print predecessors, these sources combine original essays, »Theatrical News« relating to the Shakespearean plays staged in the theatre at Wynnstay, gossip presented in a variety of formats and genres, and poetry. Although a number of hands appear in the pages of the Breakfast Courant, the bulk of the content appears to be the work of a single author, the (currently anonymous) »Reverend Editor«.

I explore the various and elastic depictions, overt and more subtle, of time and space within these sources. Temporally, they combine representations of the pressure of literary production in a small timeframe with demonstrations of the longevity of print texts by Shakespeare, Addison and Swift, and stereotypically Welsh deployments of centuries of history. Spatially, the author-editor’s consciousness of his very localised audience ensures that these texts reflect and reproduce a community which, compared to the readership of print periodicals, was small and confined. Simultaneously, however, his and his readers’ horizons are shown to stretch from Wales to Ireland, France, Gibraltar and Russia, albeit in ways which repeatedly reproduce cultural hierarchies in which Anglophone Britons are privileged.

As products of their time, these sources are marked by elitism, sexism and xenophobia, but they offer an invaluable and, in the context of eighteenth-century studies, virtually unique opportunity to examine the formation, structure and content of a periodical in relation to a very particular spatiotemporal setting.