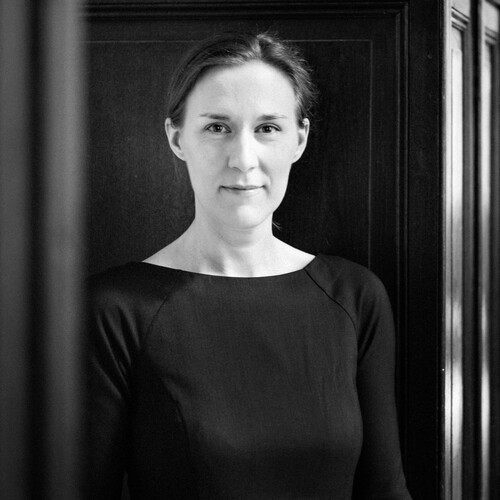 Marianne Van Remoortel is Associate Professor of English Literature at Ghent University, Belgium. She is the author of Lives of the Sonnet, 1787-1895: Genre, Gender and Criticism (Ashgate, 2011) and Women, Work and the Victorian Periodical: Living by the Press (Palgrave, 2015), editor-in-chief of the Journal of European Periodical Studies, and director of the ERC Starting Grant project »Agents of Change: Women Editors and Socio-Cultural Transformation in Europe, 1710-1920.« 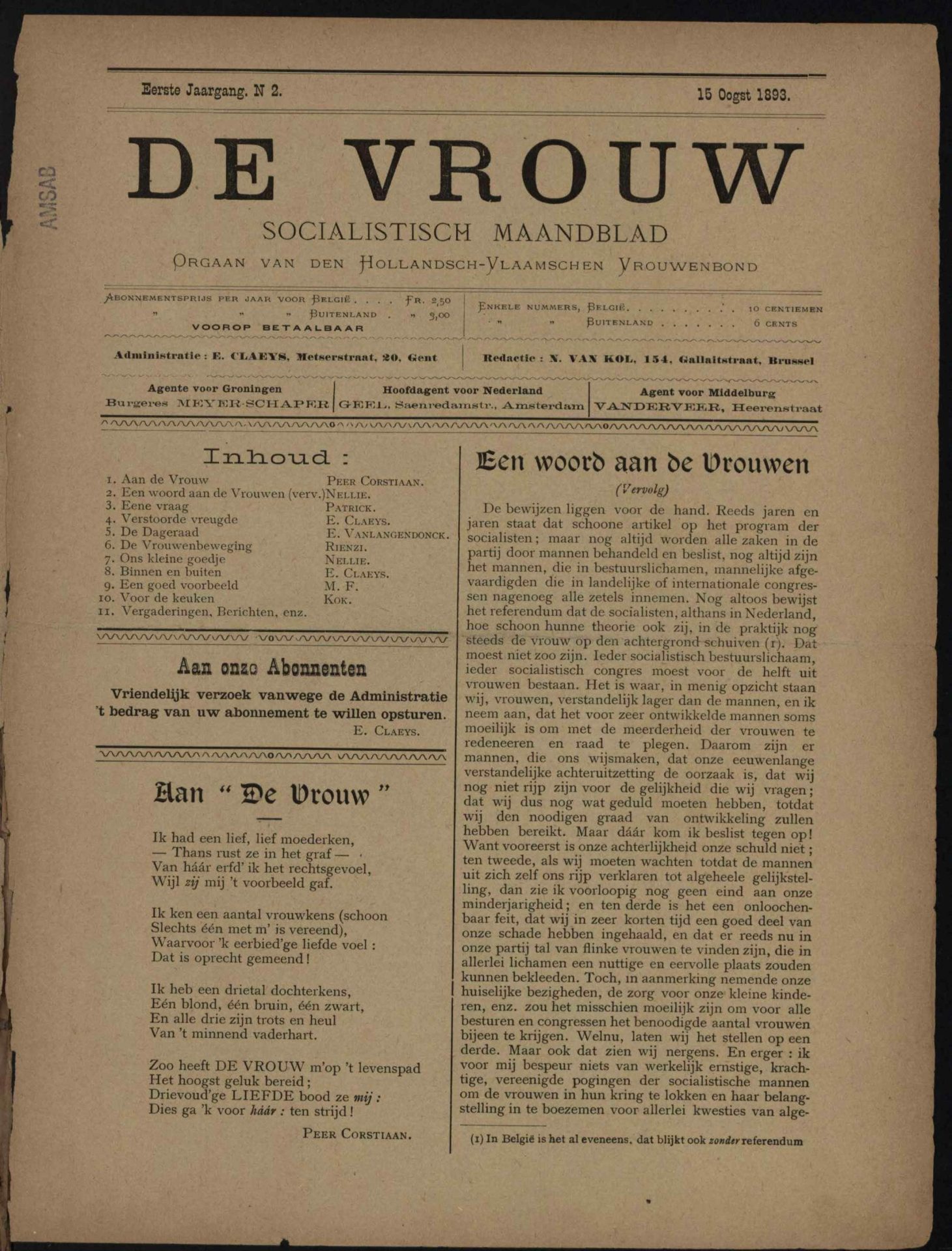 Periodical Poetry and Emancipatory Thinking in Late-Nineteenth-Century Europe: The Case of the Belgian-Dutch Feminist-Socialist De Vrouw (1893–1900)

Poetry has long been a staple genre of the periodical press. From the emergence of the periodical in the early eighteenth century, poems have always had a place in its pages alongside prose fiction, essays, and other text types. Yet in both the study of poetry and periodical studies this presence is usually taken for granted. In the words of Victorian periodical scholar Linda K. Hughes, periodical poetry tends to be seen as a »›filler‹ worth no one’s time.« Since Hughes’s 2007 call for a revaluation of the relationship between poetry and periodicals, a number of projects have started compiling bibliographic databases of periodical poetry, while a growing body of scholarship has begun to address why and how poetry »matters« to periodical studies, and vice versa. So far, this work has been carried out within a specific set of boundaries: the focus has been on a single language (English) and a single national context (usually Britain).

In this paper, I build on this earlier scholarship by considering poetry published in the feminist periodical press. I will focus on the Belgian-Dutch feminist-socialist periodical De Vrouw: Socialistisch Maandblad (Woman: A Socialist Monthly) (1893–1900), published by the Dutch-Flemish Women’s Union and co-edited by Nellie van Kol (1851–1930) and Emilie Claeys (1855–1943). De Vrouw regularly and prominently featured poetry. Poems included original contributions by Dutch poets as well as translations from foreign-language poets (e.g. German, French, English, Swedish, Latin), living and canonical deceased (e.g. Goethe, Victor Hugo, Shelley), male and female. Tracing these poems back to their origins and reading them alongside the periodical’s feminist-socialist prose materials, I will argue that together these different types of poems acted as a ›conductor‹ for the flow of emancipatory ideas, particularly about freedom and equality, across temporal and spatial boundaries in late-nineteenth-century Europe.

Van Remoortel, Marianne. »Women Editors and the Rise of the Illustrated Fashion Press in the Nineteenth Century.« Nineteenth-Century Contexts, vol. 39, no. 4, 2017, pp. 269–95.