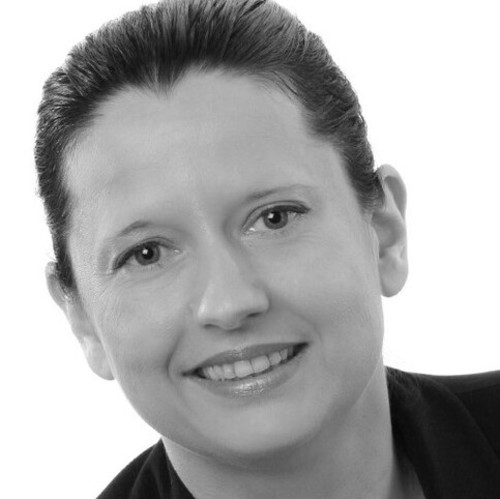 Studied German and Ethnology in Bonn, then research associate in Bonn, Hagen, and Bochum, since 2014 at the University of Cologne; head of the DFG-funded project »Ornamental Constellations: on the Aesthetics of Literary Magazines in the Realm of Modern Mass Media (1880 to 1930)« (together with Nicolas Pethes) as part of the research group »Journal Literature: Rules of Format, Visual Design, Cultures of Reception«; research interests: Literature in 19th-21st Century Media Culture, Postcolonialism in Literary Studies (Literature and Travelling/Ethnography; Afro-German Contemporary Literature), Literary Modernism and Conservative Revolution. 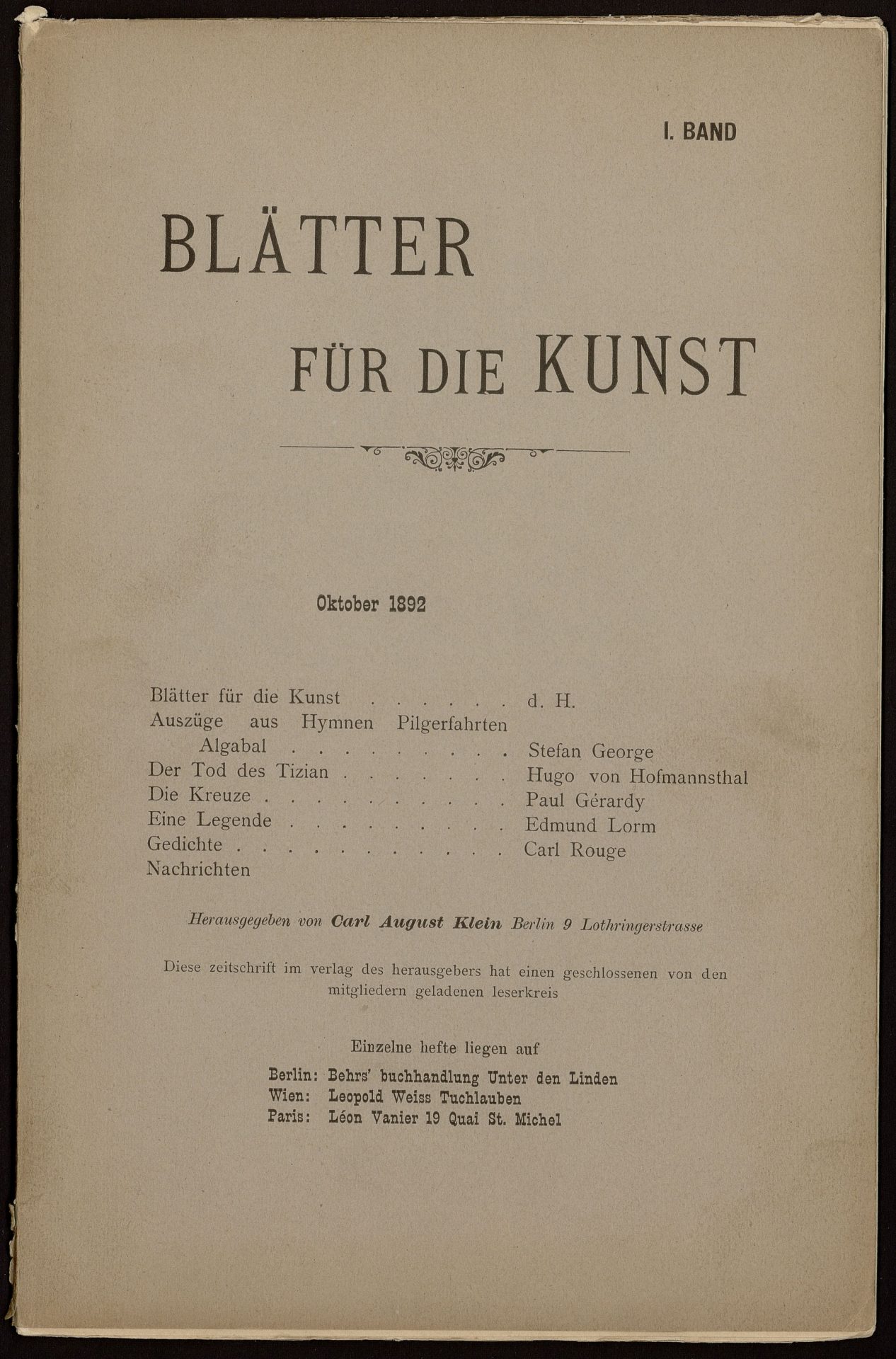 Founded by Stefan George and edited by Carl August Klein from 1892 to 1919, the »Blätter für die Kunst« [»Papers for Art«], a little self-published literary magazine that was decidedly conceived as an anti-magazine, was in many respects a paradoxical enterprise. Its basic marketing strategy consisted of a staged closure against the market, in which the paratexts on the front page referred on the one hand to the »closed circle of readers invited by the members« and thus to the exclusivity of the magazine, and on the other hand to the display of individual issues in international bookshops in Berlin, Vienna and Paris (later Munich). Parallel to this, launched reviews, translations and author portraits in German-language as well as European newspapers and magazines are intended to draw the attention of a broad public to the endeavour of the exclusive artist community. In addition, the design of the magazine is based on a number of European format models (such as »La Wallonie«, »La Plume«, »Mercure de France«, »L’Ermitage« and »L’Écrits pour l’Art«) and the content focuses on translations by French, English, Belgian, Dutch, Danish and Polish authors who anthologically represent a canon of European aestheticism/symbolism. In this way, the magazine presents itself as part of an international avant-garde and its author and publication networks, and at the same time positions itself on the German market. While simultaneously following and distinguishing itself from the European tradition of aestheticism/symbolism, it also claims to present a »secret Germany« with original contributions by German (young) authors, which, paradoxically, is supposed to advance the (re)invention of German art and nation in its recourse to a transnational and supra-temporal aesthetic.

The conference contribution will focus on the paradoxical market strategies of the early »Blätter für die Kunst« (1892-1900) in particular: firstly, the irregular appearance that oscillated between booklet and volume, journal and anthology, exclusivity and publicity; secondly, the international transfer of the magazine format ›little magazine‹ and the German translation of the artistic movement of aestheticism/ symbolism with reference to European format models, author and publication networks; and thirdly, its transformation into a transnational nationalism.

From Issue to Index. Media B/Orders of Popular German Magazines in the Second Half of the 19th Century, in: Daniela Gretz, Marcus Krause, James Mussell, Nicolas Pethes: Media (B)Orders Between Periodicals and Books. Miscellaneity and Classification in Nineteenth Century Magazines and Literature (2019) (= Penny Magazine / FOR 2288, 4), S. 9−23.