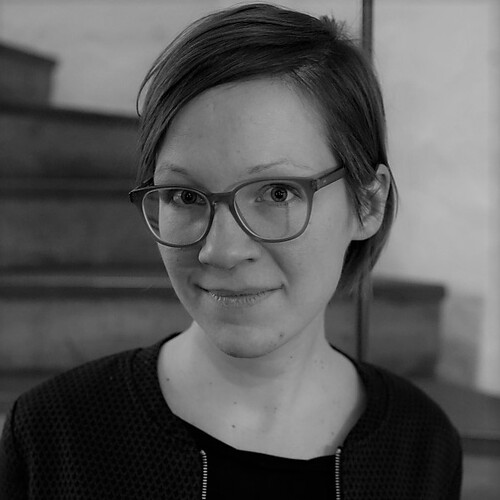 Dr. Agnes Hoffmann has been a wissenschaftliche Assistentin in Modern German Literature at the German Department of the University of Basel since 2016. She studied General and Comparative Literature and Art History in Lausanne and Berlin (MA 2011) before taking up a PhD scholarship in the post-graduate programme of the NFS NFS Eikones in Basel (2012–2014). She received her doctorate in Basel in 2016 for her thesis on landscapes in narrative texts, the visual arts and cultural anthropology around 1900 and her Habilitation for a project on the theatrical spectacle as a collective affect from the Baroque era to the present day. Her other research interests include journal literature between the Enlightenment and the Vormärz, epistemic practices in literature and scholarship around 1800 and historical intermediality research. 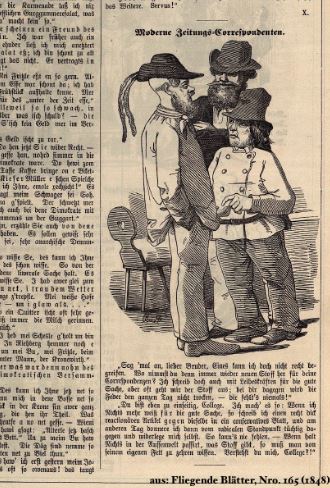 During the Vormärz, media competition became an important issue in periodicals and a motor for new forms of writing and publishing strategies. An increasing number of journals covered the political and cultural events between restoration and revolution and competed for the attention of an ever larger readership. At the same time, in the eyes of contemporaries, the currency of reporting and commentary became an important quality criterion for journalism. In this context, 1840s Germany increasingly discussed how the national press faired in comparison with foreign journalism – in 1842, the Deutsche Monatsschrift für Litteratur und öffentliches Leben considered this an »issue of the time« – but there was also great interest in the competition between national, conservative and progressive German publications, as demonstrated, for instance, in a series of article in Die Grenzboten (1843).

My paper examines these historical constellations via the medium of the satirical press. For while the intramedia competition intensified within the closely entangled sphere of the daily press and tendentious publications on the eve of the revolution of 1848, frequently taking sideswipes at other journals and their ideologies, feuilletons and humorist publications presented a satirical take on the combative zeitgeist. Within a media system that was increasingly oriented around competition and thus abetted capitalist dynamics of the accelerated production and exploitation of information, they helped shine a critical light and provided commentary on the structure of the discursive field and its instruments of agitation and emotive direction.